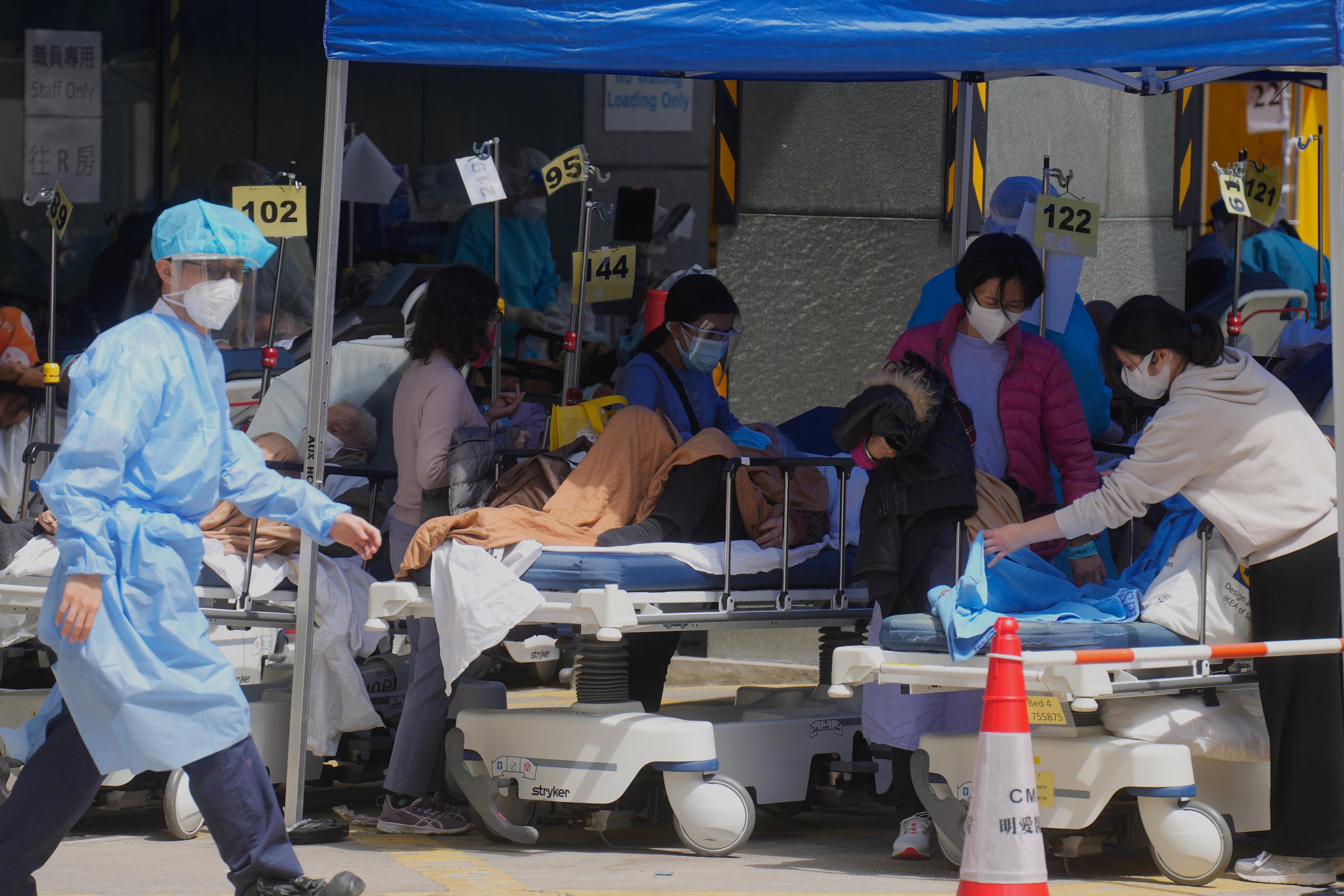 AP PHOTOS: Scenes from the COVID-19 crisis in Hong Kong

As global death toll from coronavirus tops 6 million this week, the semi-autonomous Chinese city has recorded around 150 deaths a day, giving it the world’s highest death rate per 1 million people, according to the Our World in Data website.

More than 2,000 people have died in less than three months in Hong Kong since December 31. By comparison, the city of 7.4 million people had lost just 213 people to COVID-19 before.

A low vaccination rate, especially in the elderly, is one of the key factors in the latest surge. An analysis of the first 1,153 fatal cases of the current wave showed that only 8% had received two doses of a vaccine.

About 78% of the population received two doses, compared to 92% in Singapore and more than 80% in Japan, Canada and mainland China. Vaccination rates for children and people aged 70 and over are much lower.

While not as rigid, Hong Kong’s approach largely mirrors the mainland’s strict “zero-COVID” policy. Mainland China’s central government has sent experts and is helping to build both temporary isolation facilities and testing areas.

China has also sent mobile laboratories to handle the expected testing volume in a scheduled citywide population test this month.