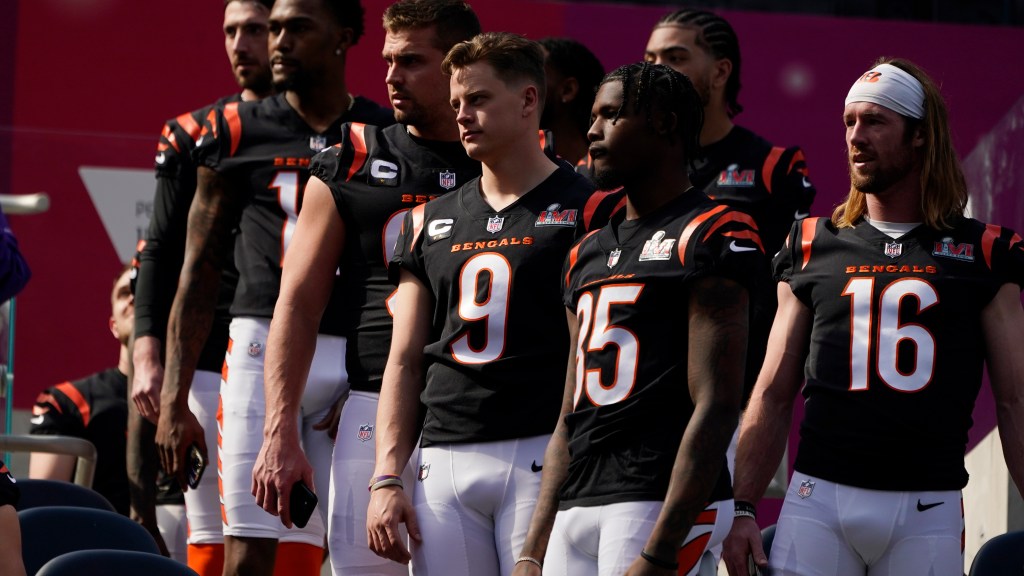 The Cincinnati Bengals spent the Saturday before Super Bowl LVI snapping team photos and getting a first look at their home turf for the big game.

Funny enough, Saturday was the first day the Bengals had to jump on a bus in Los Angeles. The team’s hotel was so close to where they were scheduled to practice that they spent less time than the Rams getting around town in the week leading up to the game.

Perhaps that explains why Bengals coaches and players ranked their time in Los Angeles as one of their best practices of the season.

Anyway, Clark Harris provided an overview of the team accommodations inside the stadium itself:

The team also took their Super Bowl photos on their easy day before the big game:

Members of the Cincinnati Bengals smile during a team photo for the NFL Football Team on Saturday, Feb. 12, 2022, inside SoFi Stadium in Inglewood, Calif. The Cincinnati Bengals take on the Los Angeles Rams in the Super Bowl on Sunday, February 13. (AP Photo/Marcio Jose Sanchez)