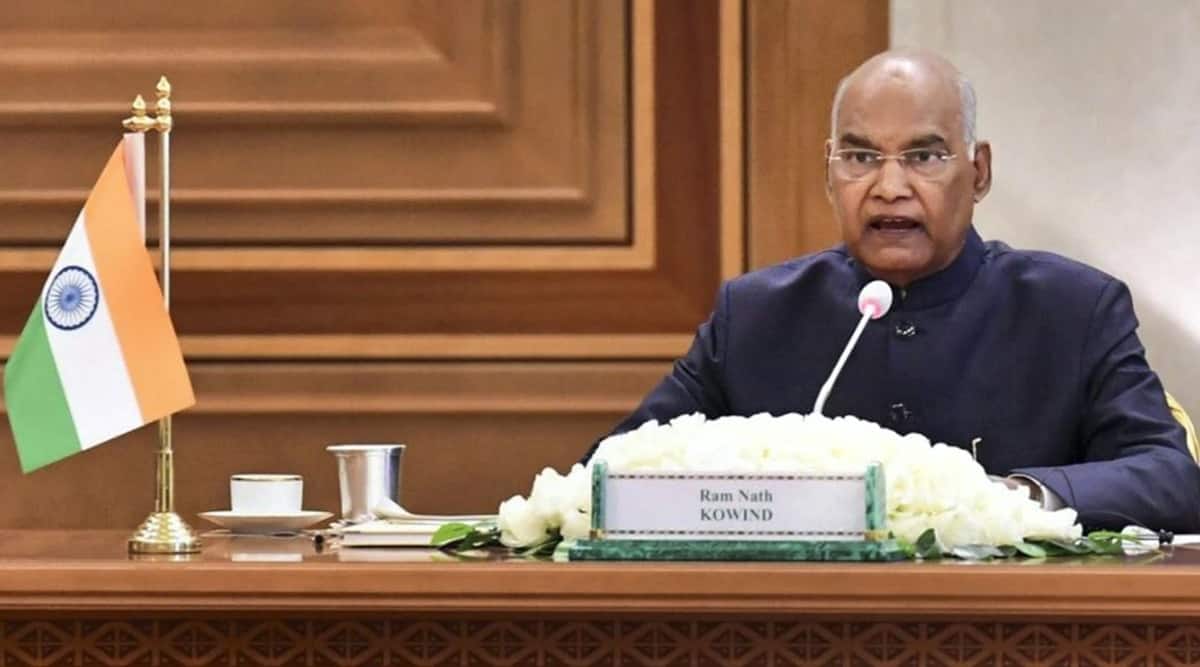 Books highlighting some of the President’s rarest photographs Ram Nath Kovind and the country’s former presidents will be released at a function in Rashtrapati Bhavan on July 24, an official said Saturday.

Two pounds — ‘MoodsMoments and Memories…’, which has a visual history of India’s former presidents from 1950 to 2017, and the other titled ‘The First Citizen’, has a pictorial record of President Kovind’s tenure, the official said.

The third book ‘Interpreting Geometries – Flooring of Rashtrapati Bhavan‘, is a unique repository of flooring patterns designed by Sir Edwin Lutyens for the Viceroy of India’s residence in 1912 (a project which lasted until 1929).

Kovind, who was sworn in as India’s 14th president on July 25, 2017, ends his five-year term on Sunday. Draupadi Murmu will be sworn in as the 15th President of the Republic on Monday.

“The photographic archives offer such glimpses former presidents who humanize them and enrich their image in the collective memory of the nation; They are chapters in an illustrated story, capturing myriad moods, moments and memories of the presidency,” reads the book’s introduction.

The images bring out lesser-known aspects of the presidential figure that takes place during ceremonies, he said.

“When you think of a former president, the images that come to mind are from ceremonies. That is of course the most important facet of their role, but there are bound to be other facets – for example, passing quality time with family, playing golf or reading at the library.

“This is how the idea of ​​exploring the less formal aspects of our old presidentssaid Delhi-based journalist Ashish Upendra Mehta, who researched and selected photos for the books.

« The First Citizen presents a selection of photographs of the President Ram Nath Kovind’term. It was structured around themes such as his tours across the country, his visits abroad, and his interactions with key personalities. It is a visual record of all aspects of the president’s duties,” he said.

The President’s unique personality shines through beautifully in this one, but it does not focus so much on an individual but on the highest constitutional office of the Republic, Mehta said.

“The Rashtrapati Bhavan has a rich archive of photos, and making a selection was a difficult process. But some unusual and fascinating the images have been stitched together. Naturally, it also features an illustrated history of the Republic from 1950 to 2017. We hope readers find it delightful,” he told PTI.

One of the photos in the book shows R Venkataraman (who was President from 1987 to 1992), joining a dance with tribals in Kanha of Madhya Pradesh on November 13, 1987.

A picture of the old President Also in this collection captured in ‘Moods, Moments and Memories…’ Separately, a photo of former (late) President Pranab Mukherjee (2012-17) showing him ‘conversing on his mobile phone at his desk in the family wing’ on July 10, 2016 is also part of this rare visual the story.

The First Citizen book contains the rare photographs of President Kovind, including the one at Air Force Station, Pune, where he witnessed an aerial demonstration, interacted with the air warriors and also experimented the SU-30 MKI Full Mission Simulator on December 7, 2021.

Another photo shows Kovind bowing and touching the ground to pay homage to his native land upon his arrival at Paraunkh village, Kanpur Dehat, Uttar Pradesh on June 27, 2021.

The idea of ​​publishing the third book on Rashtrapati Bhavan stems from the building’s inherent importance as the residence of India’s first citizen, the officer said.

A team of four faculty members and six Master of Architecture (M.Arch) students from the Chandigarh College of Architecture was assembled to undertake the task of documentation followed by the design of a set of publications, he said.