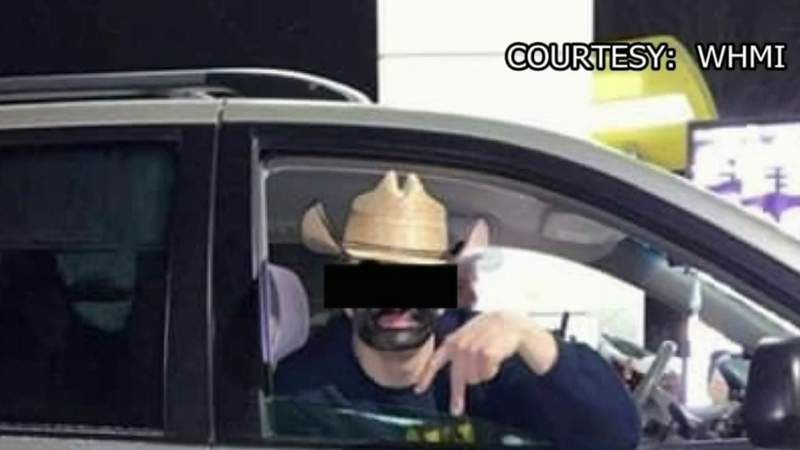 
BRIGHTON, Mich. – Many members of a Livingston County community are outraged after photos of the Brighton High School student in Black Face surfaced online.

“It made me angry,” Dr. Caitlyn Perry Dial said.

Angry and indignant all at the same time. This is how mother Dr Caitlyn Perry Dial felt when she saw the photos on the internet. Local 4 has learned that the teenager is attending Brighton High School and now the footage is going viral.

One photo showed the white teenager in a car with black paint on his face. Another photo showed this young white man holding up the “Black Power Sign”. The other showed it with a homophobic insult written all over his face.

Local 4 does not identify the teenager because he is a minor.

“It also perpetuates that stereotype that Livingston County is home to racists, which is furthest from the truth,” Dial said.

She is not the only one to denounce the photos.

“It’s a community problem. Our schools can do things, but it must also happen in our homes. It has to happen in our communities as well, ”said Nicole Matthews-Creech of the Livingston Diversity Council.

“At the end of last week, the district was made aware of a race insensitive video created by children who attend our school district. While the video was taken outside of school hours, the administration moved swiftly and decisively to address the issue. While the district is limited in what it can share due to privacy laws, especially for minors, we were outraged by the video and strongly condemn the messages shared by these children.

As a school district, schools in the Brighton area, as well as schools across the country, strive to ensure a welcoming and tolerant environment for all of our students. Although the district has been recognized for its work in including groups such as special education students, there is still work to be done. With this in mind, a district committee was formed several months ago with immediate efforts focused on additional staff development and educational programming for our students. The district has already met with student groups for feedback and will form a parent advisory group in the fall. These efforts will continue throughout the summer, but we believe we have a good plan in place to continue to make improvements as a district. Ultimately, the District’s vision is that our continued work on culture and climate will help ensure that all BAS students feel part of the Bulldog family. “