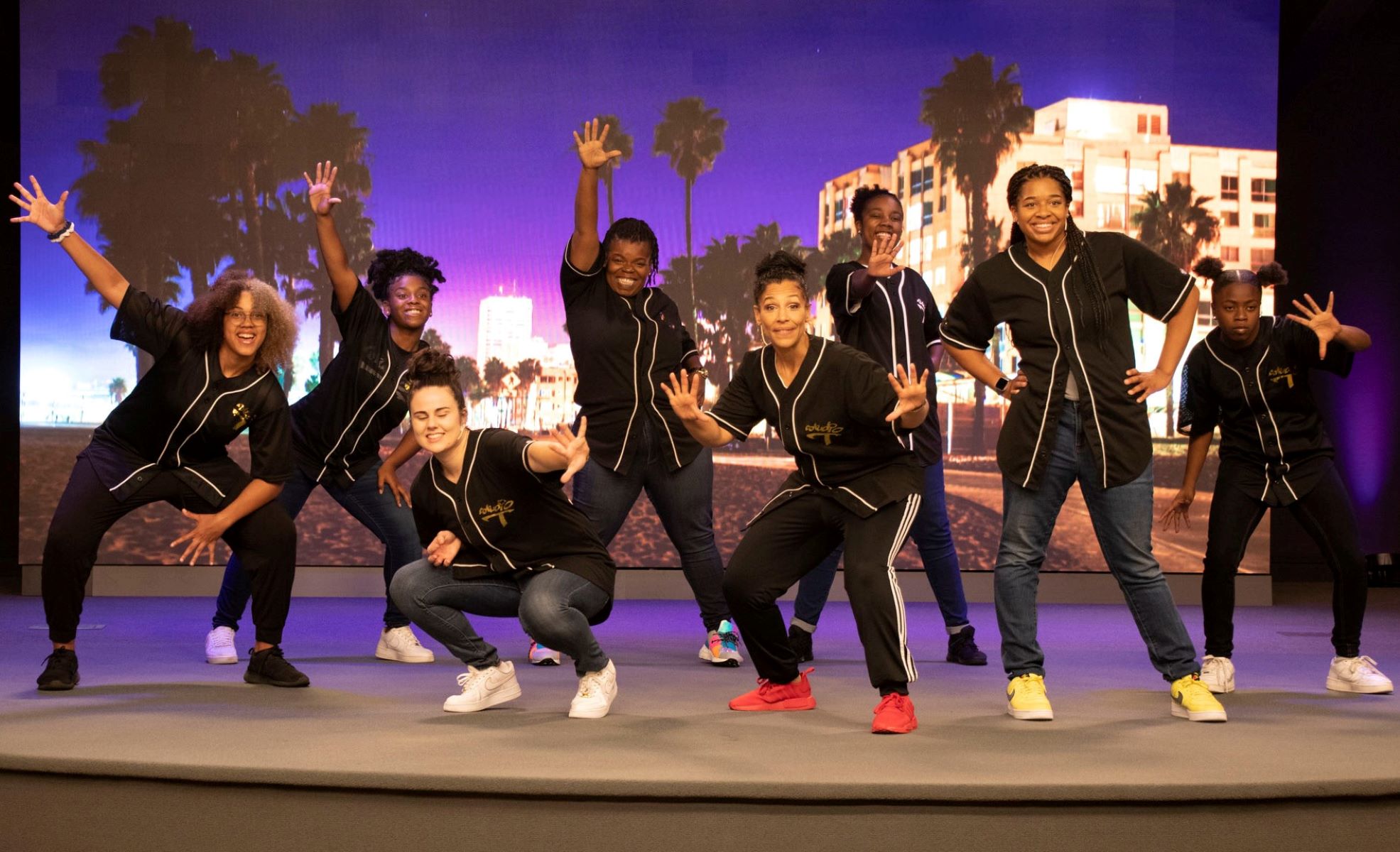 Dancer and entrepreneur empowers youth through arts and media

Amid the financial crisis, Sandifer lost the building that housed his dance studio and nearly lost the business itself.

There were also devastating personal challenges. Her marriage fell apart and her daughter nearly drowned in the bathtub, leading to a difficult recovery that took years.

With about $600,000 in debt and nearly homeless, she turned to public assistance to get by – and learned that to qualify, she had to look for a job or go to school.

That moment, Sandifer’s lowest point, eventually led her to Sacramento State, where she earned her bachelor’s degree and learned the skills to rebuild her studio and turn it into something much bigger.

“I came to Sac State just broken, looking for hope, believing that if I could educate myself somehow, I could be better and I could do better,” Sandifer said.

Sandifer is the owner and creative director of Studio T Arts & Entertainment, a Sacramento-based organization that provides social service programs through the arts and where she is known as “Miss Tee”.

At Studio T and through partnerships with local schools and nonprofits, participants, many of whom come from underrepresented backgrounds, learn skills in everything from dance to digital media to financial literacy.

As a child, Sandifer didn’t need to “discover” dancing or her talent for it because, she says, it’s “something we do at home, culturally, in the black community.”

However, after-school activities and organizations were hard to come by in the underserved neighborhood of Richmond where she grew up, and furthermore, her family – she was raised by a single mother – couldn’t afford them anyway. train of souls and notoriety and music videos on MTV were her dance class, Paula Abdul and Michael Jackson, among others, her instructors. The living room and the garden were his studio. Other neighborhood children became his students.

“Dancing has always been a thread of hope throughout my life.” said Sandifer. “There have been so many challenges I’ve faced in life, and (dancing) has always offered me a way to maintain emotional health and keep me connected to the community and people I want. to serve.”

After graduating from high school, Sandifer began teaching dance wherever she could in the community. She received a scholarship for a Paula Abdul dance camp, but did not have the money to attend. She married, started a family, and in 2000 the family moved to Sacramento to escape Richmond’s high housing prices and crime rates.

In Sacramento, Sandifer worked for a local telephone company while continuing to teach dance on the side. In 2005 she opened her own studio – and realized after an unbearably hot outdoor practice in August that she needed some indoor space. She took early retirement from the phone company, cashed in her 401(k), and bought a half-million dollar building to operate from.

Then came the devastation of 2008.

Picking up on plays from that year, Sandifer enrolled at American River College to study photography, which she had been pursuing since she was 13 to help her budding sister. Sandifer earned her associate degree and then transferred to Sac State. Although she was a non-traditional student – aged 32 and mother of three – it was clear from the moment she walked onto campus that the University’s staff and faculty were equally invested in her future. that she was.

“I wasn’t just a number in the class,” Sandifer said. “I was a person they really wanted to see succeed.”

Sandifer knew how to dance and teach kids how to dance, but Sac State was where she learned the essential skills needed to run and grow her studio: how to run a business, how to promote events, how to write grants and get funding. , and more.

She also appreciated that her teachers were “doers, not just speakers” who showed how to impact the wider community. She was particularly inspired by photography professor Nigel Poor, whose podcast ear scramble examines life inside San Quentin prison, and whose work with incarcerated people instilled the importance of always seeing the good in people.

“Professor Poor has helped me enormously in how I approach young people, their parents and communities, especially the more trauma-informed communities that we work with,” Sandifer said. “I have learned to use creativity to create innovative programs that create opportunity and serve life-hardened youth (and their parents).”

Sandifer has widely applied what she learned at Studio T. The organization, according to its website, serves in-person and virtually more than 192,000 people, providing “positive, creative, and social alternatives to drugs, pregnancy among teenage girls, gang violence and suicide”.

With the onset of the COVID-19 pandemic, Studio T expanded and launched its distance learning platform, supporting thousands of schools and students across the country with dance, entrepreneurial training and family management .

Sandifer maintains his bond with his alma mater, frequently returning to work with the dance department and bringing Sac State students and alumni to the studio to teach.

She also has a very personal reason to keep in touch with the university: her daughter, whose near drowning was a dark cornerstone of this terrible year 2008, is a student of Sac State. His son, who will be the first male in four generations of his family to attend college, is also considering becoming a Hornet.

“What was born in me had a multi-generational impact, not just in my home, but in every home I touch,” Sandifer said. “I say thank you for that. I don’t always know the leaders or educators (of Sac State) know the massive ripple effect they can have just by caring about someone like me.

Jonathan Morales joined Sac State’s communications team in 2017 as a writer and editor. He previously worked at San Francisco State University and as a reporter and editor. He enjoys local beer, Bay Area sports teams and spending time outdoors with his family and dog.