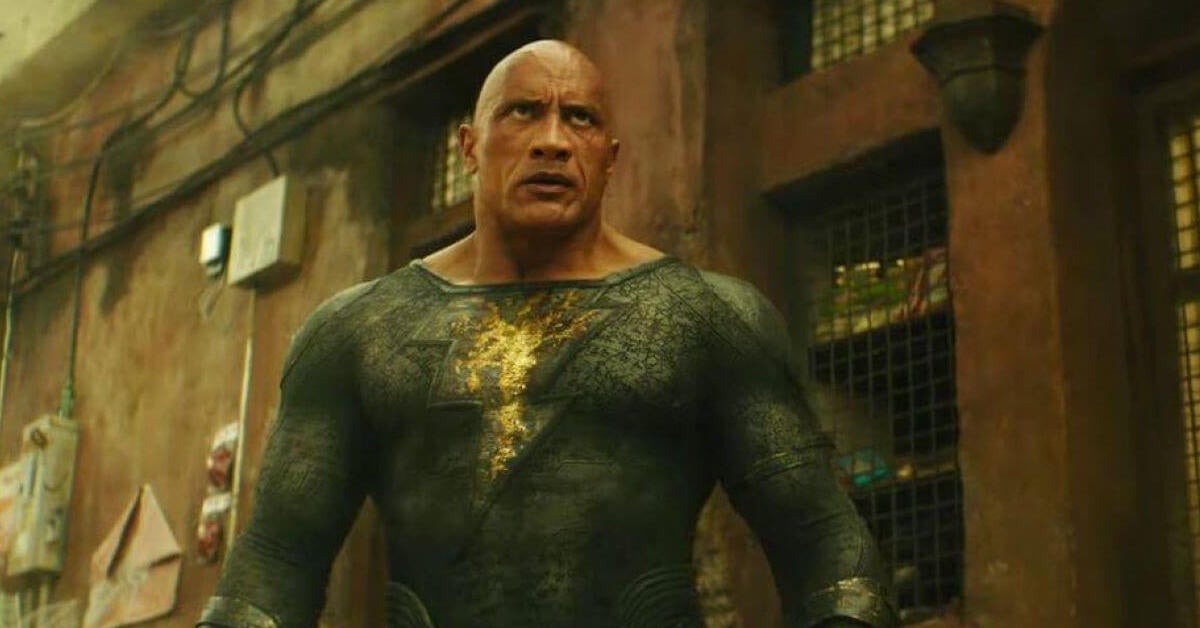 As the Black Adam reshoots wind down, Dwayne “The Rock” Johnson shares a stunning group of new behind-the-scenes photos from the upcoming film. The black-and-white photos feature Johnson as DC’s beloved anti-hero as he works with director Jaume Collet-Serra. Johnson captioned the photos, in part, “Rage at the Death of Light” and they feature what might be our most detailed look at Black Adam’s costume yet. You can check them out for yourself below.

Rage against the death of light..

Last week of finishing work for BLACK ADAM⚡️ with my director, Jaume Collet-Serra.

The hierarchy of power in the DC Universe is changing.#BlackAdam⚡️#man in black #JSA @SevenBucksProd pic.twitter.com/7txi7nMjqV

“We always had a vision of what we wanted to do,” producer Hiram Garcia explained in an interview late last year. “We never saw this as a one-off movie, I’m such a gigantic nerd and comic book fan, and I love this universe so much, if you can see my enthusiasm talking about all these things. I’m am always thrown into this with a vision of “This is the story we want to tell, this is where we would like to see this unfold, this is how we would see multiple images unfold, possibly including fallout for individual characters,” but there’s always been kind of a rough sketch in our head on an imaginary whiteboard of how we’d like to do it. As we do that, we start looking at that but, again, at the end of the day, we need the movie to be well received and we want the fans to like it, but there’s a 100% vision of what we’d like to do in a multi-image aspect when it comes to Black Adam and the JSA.”

What do you think of the latest behind-the-scenes look at black adam? Are you excited for the trailer to debut on June 8? Let us know your thoughts in the comments section!

Religious and Community Events for the Week of June 3 – Farmville