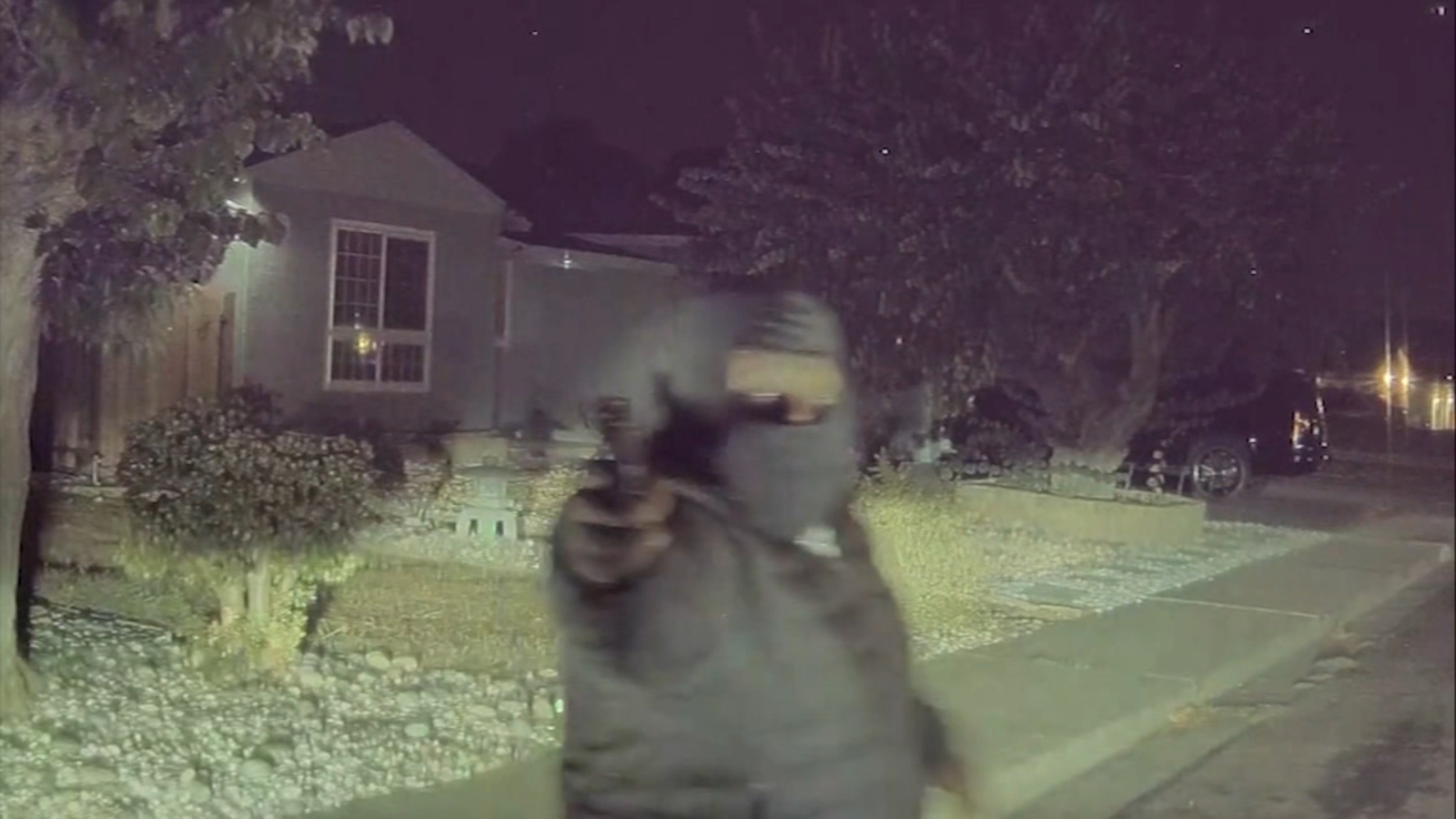 EXCLUSIVE: Fremont photographer tracked 40 miles from San Francisco before being robbed at gunpoint

SAN FRANCISCO (KGO) – An amateur Bay Area photographer shares his terrifying story after being tracked from San Francisco to Fremont and robbed at gunpoint.

The pursuit and the ensuing involvement of his family are captured with stunning clarity on surveillance cameras. This is now prompting the camera industry to make some safety changes on the part of the photography community.

Stunning landscapes are Louis’ specialty. The photographer’s portfolio shows vibrant images not only of the Bay Area, but across the country in National Parks.

“Everyone knows how crazy I am taking pictures of the fog!” said Louis, who asked that he be referred to only by his first name.

At the end of September, his passion for the fog led him to photograph the Golden Gate Bridge with a friend. But the day ended at his home in Fremont in the scariest twenty seconds of his life.

“It was over before I could have a rational thought,” Louis says from his home in Fremont, which he shares with his mother, uncle and other family members.

Although he noticed two men looking at him and his friend on the bridge, he didn’t think much about it. Neither he nor his friend realized the men were following them as Louis dropped off his friend in Union City.

It wasn’t until Louis pulled into his own driveway in Fremont, over 40 miles from San Francisco, that things took a dramatic turn.

Captured in remarkable detail on his Tesla and home surveillance cameras, you can see a man approaching Louis’ car.

When Louis honked in warningâ€¦ “I hear a big crash on the back of the windshield,” he explained.

EXCLUSIVE: SF couple robbed by men with assault rifle after being followed home

In high definition, a man can be seen stealing a camera bag. A second man with a gun is not far behind. Louis says his “fight or flight” instinct has shifted into high gear.

Not knowing what to do next, Louis ground his Tesla on cinder blocks, chasing the suspects who took off in a getaway vehicle. Shocked by the commotion, Louis’ mother and several family members rushed to the front door screaming.

â€œMy mother is completely petrified,â€ Louis said of this moment.

Tesla cameras show Louis slamming into the getaway car, ripping off the car’s bumper, then a terrifying sight.

“The guy has a gun pointed at my face. He circles my car and that’s when I hear the gunshot.”

You can even see Louis’ brother jumping for cover.

When asked if, in hindsight, he would have pursued them, Louis vehemently replied “no”.

Chelsea and Tony Northrup teach photography and review cameras for their YouTube channel, which has over 1.5 million subscribers. They have spoken out after a number of similar crimes in recent years. They say thefts are happening all over the world. But after learning what happened to Louis?

â€œIt was the last straw that broke the camel’s back,â€ explains Chelsea, Zooming with ABC7 from her and Tony’s home in Connecticut. She continues to say that they have known about crimes targeting photographers for years.

In response, Northrups and the photography community started this petition asking camera manufacturers to add more protections to their equipment, such as pass codes, GPS tracking and remote deactivation.

â€œThis technology is in our phones. We use it every day. Why can’t they put it in a camera? It’s a priority for us, we want to feel safe and have our camera gear in place. security, â€Chelsea said. A feeling echoed by Tony and Jeff Lewis. Lewis leads a Bay Area Photography Group providing photographers with updates on shooting conditions at https://www.escaype.com, who wrote the original version of the petition launched on Monday 1st November.

Fremont Police say photographers are too often targeted. But the sheer amount of surveillance helped them stop one of the two suspects in the Daron McClinton case, who left his shoe on the broken bumper of the leaking car. McClinton was on probation for other crimes targeting photographers in San Francisco.

Louis is not sure if he will ever take a camera back.

“If your hobby puts your family at risk, you start to have doubts.”

But he hopes his story will encourage others to talk about their ordeals in an effort to make photography safer for everyone.