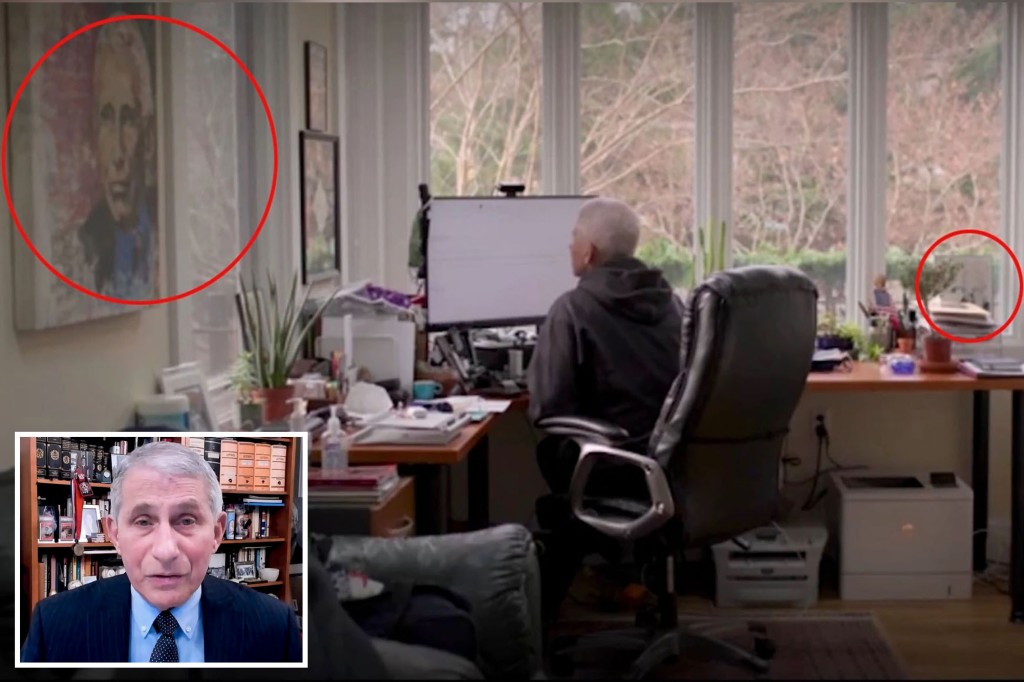 A look inside Dr. Anthony Fauci’s home office reveals he’s surrounded by images of himself, including his own bobblehead and a life-size portrait on the wall.

The workspace preview of the nation’s top infectious disease expert began making the rounds on social media on Wednesday after a eagle eyed twitter user noticed the images of Fauci.

In the documentary, Fauci, 81, can be seen sitting at his computer typing what appears to be an email as a canvas print of his likeness hovers over him.

A framed photo of what appears to be Fauci’s face can also be seen perched on a shelf behind him.

And a Dr. Fauci bobblehead is spotted on another shelf next to a photo of his daughter.

The inside look at Fauci’s home office has been ridiculed on social media after Twitter user Karl Dierenbach shared a photoshopped snapshot of Fauci sitting at his desk on Wednesday.

He edited the image to make it look like Fauci was looking at himself on the computer screen – instead of the email he was writing.

He also drew red arrows pointing to the strange artworks and images that Fauci had installed in his office.

Some Twitter users were quick to call Fauci “narcissistic,” while others called his office setup “just weird.”

“Nothing weird, just Fauci in his office Faucin’ it up,” another Twitter user wrote.