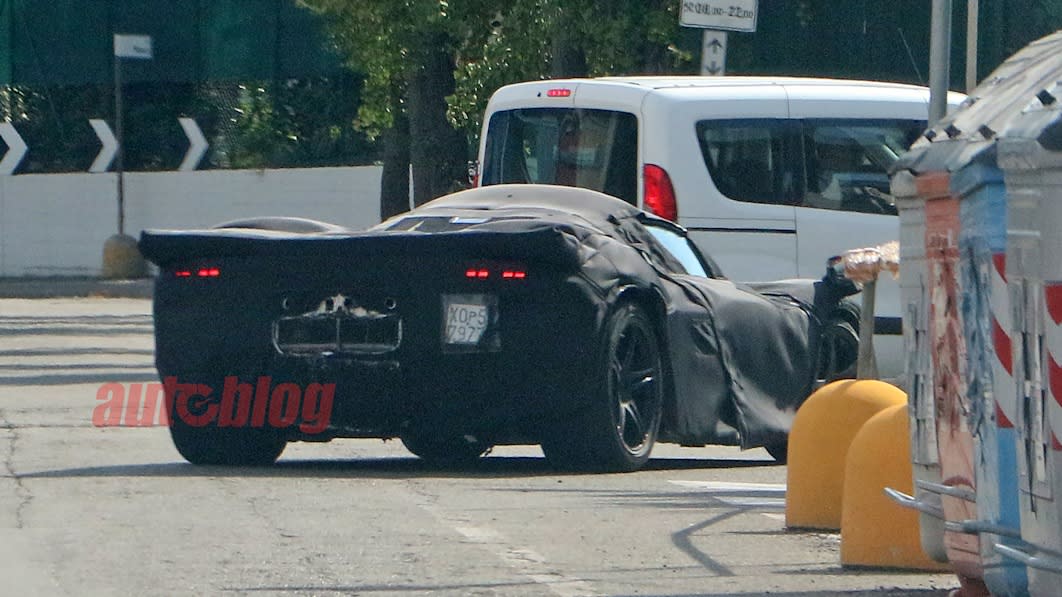 Last month, rumors were circulating that Ferrari would soon present a new addition to its limited production Icona series; a mid-engined monster inspired by the 330 P4 race car. Now one of our spy photographers has captured what appears to be a retro test drive with near-production bodywork.

Despite the complete camouflage, there are a number of body features that appear to be based on Ferrari’s 60s curve endurance racer. The narrow cabin, the extremely rounded rear fenders and the low, sloping spoiler are the key elements. It’s certainly not all retro, however. It looks like the exhaust is coming out of the center and the taillights are closer to those of the SF90 and 296 GTB.

Apparently, this returning Ferrari will also use slightly old – but still exciting – mechanical components. The chassis may be from the LaFerrari, and mounted in the middle could be the engine of the latest Icona model, the Monza SP1 and SP2, as well as the 812 Superfast. That engine was a 6.5-liter V12, and in the Superfast it put out 818 horsepower, making it the most powerful non-hybrid powertrain offered by the company.

If the rumors are true, we might also see this new Icona model revealed next month. But Ferrari has yet to make an official announcement regarding a reveal. But at the very least, this prototype seems to show that something is coming, and is happening pretty soon based on the near-production bodywork.