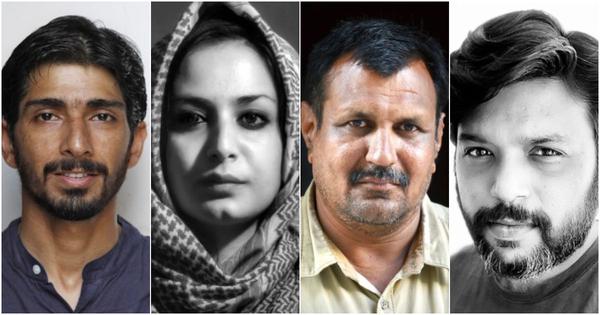 Siddiqui, 38, was killed while covering a clash between Afghan security forces and Taliban fighters near an Afghanistan-Pakistan border post on July 16. He was covering the Taliban takeover of Afghanistan for Reuters.

The Pulitzer Prize, journalism’s most prestigious award, went to photographers for their images of the crisis that “balanced intimacy and devastation, while providing viewers with a heightened sense of belonging.”

Reuters editor Alessandra Galloni said the world had been “shaken” by the scale of India’s Covid-19 outbreak after the news agency’s photographers documented it.

“To have Danish’s incredible work honored in this way is a tribute to the lasting mark he left on the world of photojournalism,” Galloni said in a statement.

Siddiqui and Abidi were also part of the Reuters team that won the 2018 Pulitzer Prize for Feature Film Photography for footage from the Rohingya refugee crisis.

While Abidi is based in New Delhi, Mattoo is a photographer from Kashmir. Dave is based in Ahmedabad, from where he covers local and national news for Reuters.

Meanwhile, The New York Times won three Pulitzer Prizes and was named a finalist in five other categories on Monday.

The Washington Post won the award in the public service category for its “compellingly told and vividly presented” account of the attack on Capitol Hill in Washington on January 6, 2021.

Ukrainian journalists also received a special citation for their coverage of the Russian invasion.

The three had exposed highly toxic hazards inside Florida’s only battery recycling plant, which forced the implementation of safety measures to adequately protect nearby workers and residents.