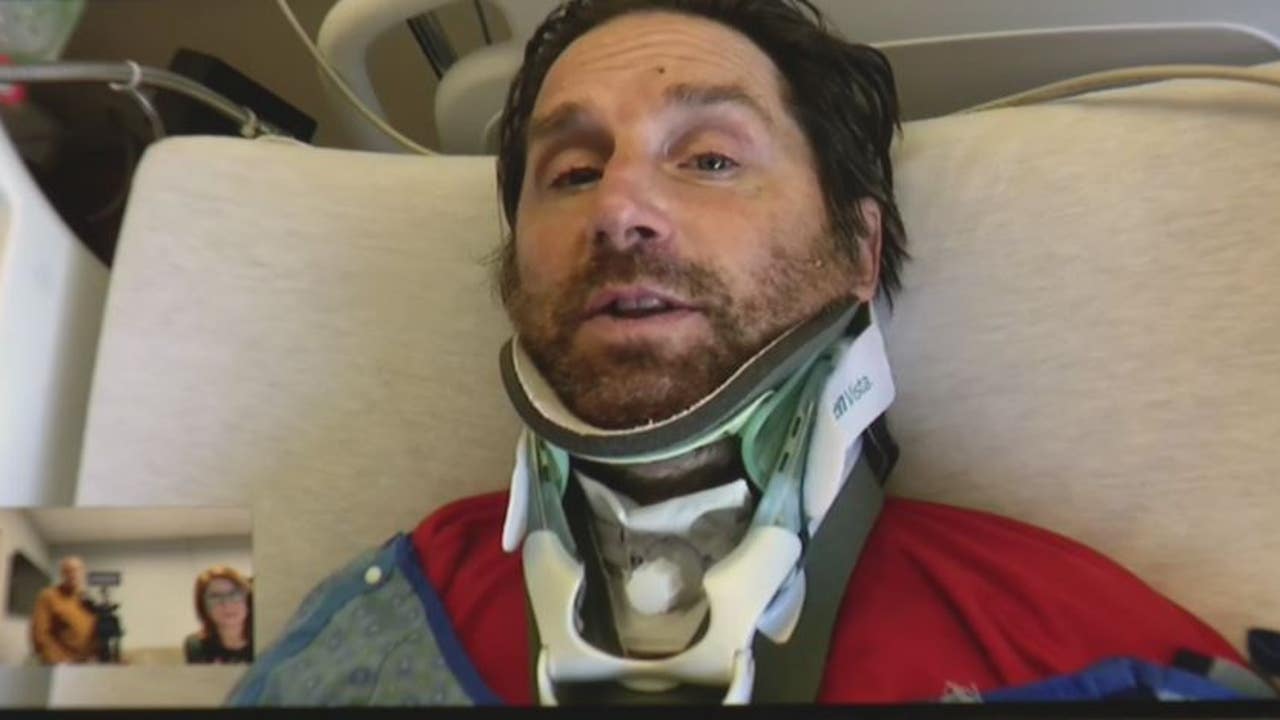 Rob Plewa is grateful to have his mind free from head injuries and brain damage from a motorcycle accident a month ago, but left him paralyzed.

FOX 2 – “I’m doing great – although you wouldn’t know from looking at me – I can’t move my arms or my legs,” said Rob Plewa.

But Plewa is so grateful to have her mind free of head injuries and brain damage from a motorcycle accident a month ago – which left this longtime photographer and FOX 2 editor – paralyzed.

Friends and family accompanying him to Fowlerville knew he should not be moved – he crashed near the home of an EMS worker and an after-hours ambulance was passing by.

â€œIn about a minute, I received the care I needed right away,â€ Plewa said. “And that’s why I believe the angels were looking after me that day.”

“He is really grateful to be alive,” said Rita Plewa, his wife. “He’s a religious person and he really thinks that God has protected him.”

Rita and Rob have been married for 20 years this month. They have two daughters – he’s the guy who can fix a car, a boat, he loves kayaking and biking – he even made a fuss here at the station a few years ago.

But maybe what Rob loved the most – it was riding his motorbike – with his dad, four siblings. They all ride together and have been on long trips together for decades.

â€œRob has been riding for over 40 years, he started with small scooters,â€ says his father Anthony Plewa.

FOX 2 photographer Rob Plewa is currently paralyzed as he struggles to recover.

And her dad says safety has always been a top priority.

“We all insist on wearing helmets and that was evident in Rob’s tragic accident,” said Anthony. “It practically saved his life.”

â€œThank goodness I not only wore a helmet, but I wore a really good and expensive one,â€ Rob added. “Because if I hadn’t been – you wouldn’t talk to me.

“I thought about making my own bumper sticker – that says I’m proof helmets save lives.”

Rob is still in the University of Michigan hospital and now in rehab with a great team of caregivers. It will take months for the swelling in his spinal cord to subside – he hopes to gradually regain some movement – to get his life back on track.

Rob’s doctors say he will return home in mid-November. Her family are so grateful – but a little nervous too.

â€œWe were so happy on one side, but then we were a little freaked out because we’re like – oh my god – we’re not ready for this,â€ Rita said.

â€œMy house needs to be rebuilt – so that it is wheelchair accessible everywhere I go,â€ said Rob.

And he’s going to need a wheelchair accessible van.

“I can’t afford to do this job – and it would help me a lot to know if people would reach out and help those in need – just like me,” he said.

We launched a GoFundMe and all of Rob’s family are very grateful to the many people who are already donating to help him get home. They don’t know what they would do without generosity.

â€œIt’s going to be such a monumental undertaking that I don’t know how we could do it without some help one way or another,â€ said Emily, Rob’s mother.

This help arrives – and Rob and his family – feel the love.

FOX 2 Photog Rob Plewa is an avid biker and says his helmet saved his life.

â€œI’ve always wanted to be an inspiration to others,â€ said Rob. â€œSo many people give up the position I’m in, but you can’t do that.

“All the people who have reached out and shown that they love me – it only makes me stronger.”

Rob Plewa is expected to be discharged from hospital on November 16, a day after his 53rd birthday. We hope to give him gifts like home renovations and maybe even a van.

If you want to help, the GoFundMe is HERE.

Photos: Celebrities in the Lakers’ home opener against the Warriors