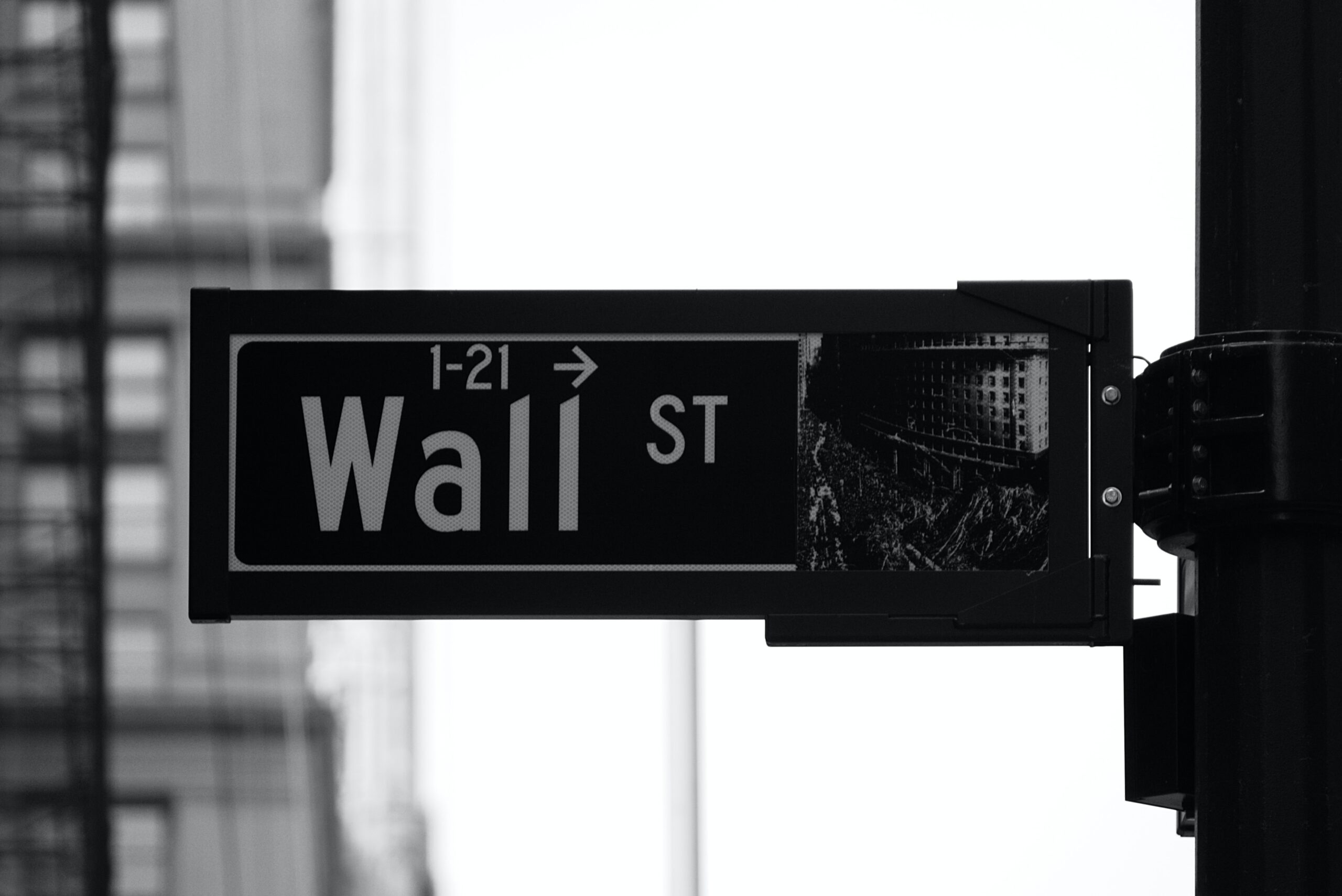 From GameStop to Tesla – How Social Media Runs the Stock Market

The GameStop experience It was one of those instances where short sellers lost billions of dollars in a matter of days, thanks to Redditors who got wind and made bets accordingly. But not all cases are like this: For example, Tesla saw its stock increase by 7% after Elon Musk tweeted that he was going to go private at $ 420 a share. And while some would say these effects were temporary, we’ve seen how they are able to dramatically change prices within hours – so even if the spike is short-lived, it can still have a lasting impact.

That’s why today I’m going to go over some of the ways social media can affect your investments, and how you can leverage that knowledge in your favor.

The effects of social media on the stock market

While Twitter and Reddit are the most obvious social media that come to mind when it comes to investing and trading in the stock market, they are far from the only ones affecting the markets today. In this section, you will learn which social media are currently leading the stock market and why.

Leveraging LinkedIn for Due Diligence

LinkedIn is a social networking service that emphasizes professional relationships. It was launched in 2003 with the aim of connecting employers and potential employees by advertising available positions in their company and allowing job seekers to post their CVs.

However, while LinkedIn is a great resource for finding a job, it’s also a great place to find specific and relevant information about companies. That alone makes LinkedIn a gold mine for investors, as it allows them to do their due diligence on potential investments. In other words, as an investor, LinkedIn can help you find a business that you find promising or maybe a business that you learned about in a investment bulletin or other reliable source.

YouTube’s influence on the stock market

In terms of platforms, YouTube is definitely the king of online video. In fact, since its inception in 2005 as a video sharing website, it has grown into one of the biggest brands on the internet. It’s now a video hosting service and social media platform with over a billion users – and it continues to grow. But YouTube isn’t just a platform for funny cat videos – it’s also a hotbed for online investment trends and education that future traders around the world have used to improve. their game.

YouTube is a great way to see how a stock is performing in real time and what the general public consensus is about that business. Other ways that marketers use YouTube are:

There are many YouTube channels dedicated to trading and market news. One of the most well-known of these channels is Bullish Investor, which caters to novices, and Jason Raznick’s BenzingaTV, which offers content for seasoned traders.

Academics, academics and data analysts have studied the correlation between Facebook (now renamed Meta) Market sentiment and performance and found the former to be an accurate predictor of the latter. Using a Facebook metric called the Gross National Happiness Index (GNH) to measure sentiment on the platform, they showed sentiment is related to how traders behave in the market. The results showed that you could even use this metric to predict how different stock markets around the world will perform for the next day.

Twitter is a social media site best known for its 140 character tweets. Although it has become more of a global information platform, people have discovered other uses for Twitter over time. One particular use that has grown in recent years is for investing and trading in stocks.

It works in two different ways. On the one hand, as with Facebook, Twitter sentiment analysis also provides valuable information on how the stock market is going to evolve. In this case, it was Twitter’s Daily Happiness Index that researchers were able to link to stock returns, especially in stock markets in developing countries.

On the other hand, Twitter influencers have a big impact on certain stock prices they tweet about. Two of the most notorious examples are Donald Trump (@realDonaldTrump) and Elon Musk (@elonmusk).

In Donald Trump’s case, before he was permanently suspended from Twitter, a study showed that his tweets mentioning one of his companies could be used to predict the direction in which those stocks would move. In other words, every time Donald Trump tweeted about a company, its share price went up. However, it is not possible to predict by how much it would increase.

The biggest example of how Twitter influencers can influence the stock market is Elon Musk’s Twitter account. Whenever Elon Musk tweets something important about his businesses, they tend to react immediately. The reason is quite simple.

An example was a tweet of August 7, 2018, claiming that Tesla would go private if its stock price reached $ 420. Almost immediately, Tesla stock rose 7%, causing massive losses for short sellers who bet the company was overvalued and would go down.

This not-so-innocent tweet got Musk a lawsuit and a slap on the wrist by the SEC, but he ignored it and started again by tweeting “Tesla’s share price is too high imo” on the 1st. May 2020. This caused an immediate 10% crash in the Tesla share price which lasted for a few days.

Besides stocks, Musk’s influence also affects other types of assets, such as crypto-currencies, which he particularly likes. He has been seen defending Bitcoin and DogeCoin, to name just two. Whether we like it or not, it’s clear that Twitter is a force to be reckoned with when it comes to trading and investing in stocks.

Reddit is another social media site that people have started to turn to for investment advice. Groups of traders tend to congregate on Reddit to discuss investments and some look for penny stocks, which are assets that trade for less than a dollar. Because these assets are less regulated and much more volatile, they give traders a greater chance to profit from a smaller investment.

Some Editors started using smart strategies to make big money on penny stocks. They use People’s Fear of Missing Out (FOMO) and human-heard behavior to influence hundreds to thousands of traders to buy a specific stock. This causes the stock price to go up in a very short time, after which they sell and cash, and the price comes back down, resulting in huge profits for some and devastating losses for others.

A recent case of this pump-and-dump program occurred in January 2021, when some big investors started short-selling (i.e. betting against) a company called GameStop, deeming it to be overvalued. A group of Redditors from the WallStreetBets group got wind and decided to apply their proven method to this stock, so they started talking about GameSpot on the group and describing it as a safe investment. The stock price started to rise, so other traders on Reddit started to take notice, the FOMO sank, and in the wave that followed, GameStop’s stock price peaked. from $ 483 on January 28, to come down a few days later.

According to Bloomberg, the short sellers who bet against GameStop in January lost around $ 8 billion.

Why people invest in stocks they know nothing about

People invest in stocks they know nothing about for several reasons. Some people invest this way because someone they know or trust recommended it. This is especially common when discussing stocks on social media.

Another reason is FOMO. FOMO, or afraid to miss, is a phenomenon that occurs when an investor sees others making money with stocks they know nothing about and want to be a part of, believing that the same will surely happen to them. However, in most cases investing in something that you don’t know anything about does not usually end well, which is why it is important to avoid acting on FOMO, especially when it comes to the stock market. .

Tip # 1: Learn All You Can About Investing

If you learn the ropes of trading and investing in the stock market, you will quickly learn how easy it is to lose money and how difficult it is to earn it. So think twice before hitting the bandwagon.

Avoiding FOMO does not mean not investing in the associated stock. It just means avoiding using FOMO as your primary reason for investing. One way to avoid FOMO and make good investments is to research the company you plan to invest in. Be sure to read the news and check out the company’s financial reports and recent business developments. If everything looks solid, you can invest. Otherwise, move on to your next potential investment.

Tip # 3: never invest what you can’t afford to lose

Finally, remember that no matter how research your stock is, there is always a risk of losing. So never risk money you don’t have or can’t save, no matter how many millions your neighbor has earned.

This tip is about self-control. Try not to get carried away by a whim. One way to keep your emotions from interfering with your better judgment is to fall asleep over the decision to invest. If, the next day, you still feel like it’s the best deal of a lifetime, then go for it.

Social media has a huge impact on the stock market in terms of falling stocks or hype for investments. Effects can be unpredictable and have a significant effect on all parties involved. Whether you’re preparing to invest or not, it’s important to stay on top of what’s happening with your money in order to avoid FOMO, which could lead to devastating losses like those suffered by those who shorted GameStop last January. . If something seems fishy or fishy to you when looking for an investment opportunity online, don’t hesitate to move on. You might be missing out on a great opportunity, but it is much more likely that you will avoid wasting your money instead.

Gainesville’s ‘fade-free photographer’ steps out of the shadows, studio collection on display