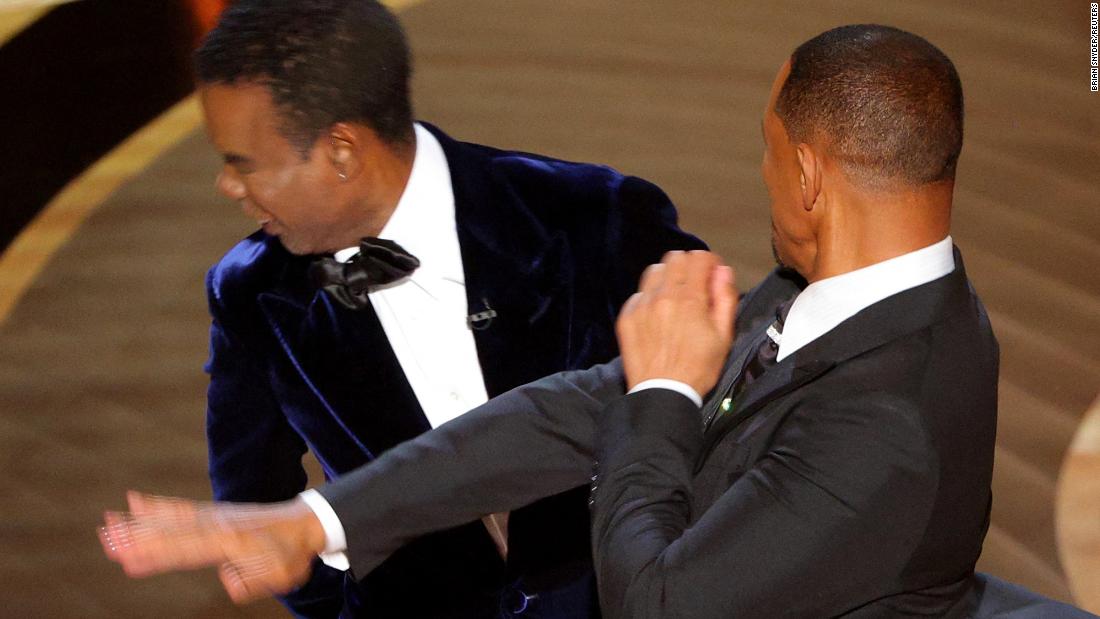 The Reuters photojournalist was one of the photographers who captured the moment on Sunday and his photo – which captured Smith slapping Rock upon contact – would soon be everywhere, immediately going viral.

“Immediately after, my reaction was ‘did this just happen? ‘” Snyder told CNN Business on Monday. “Initially, the other photographers and I weren’t sure if it was a planned part of the show or something. Once Will Smith was back in his seat and shouting towards the stage, we thought it didn’t make sense. part of the script. And then I started looking through my camera for reactions.”

Snyder was among a group of photographers from various media who covered the show from the projection booth at the back of the Dolby Theater. He said he had two long lenses (200-400mm and a 600mm) and his responsibility for Reuters was to cover the show – on stage and in the audience.

“It’s about reacting – you see something happen and react,” he said. “Frame and focus, then take the shot. Shooting in the theater, the exposure for the stage and the audience was very different, so there are a lot of technical parameters to juggle.”

While presenting the award for best documentary on the Sunday night show, Rock joked about Pinkett Smith’s shaved head, saying, “Jada, I love you. ‘GI Jane 2’, can’t wait to to see him.”

Pinkett Smith – who has been open about her battle with alopecia, an autoimmune disease that leads to hair loss – rolled her eyes as she sat down next to Smith after the joke. But Smith approached Rock on stage, punched him in the face and then yelled twice, “Keep my wife’s name out of your fucking mouth!”
Smith issued an apology to Rock and the Academy Monday night after the altercation.
As for Snyder’s photo, it has appeared in news reports, social media and has been even became a meme.

“There’s nothing in my Oscars experience to compare to that,” said Snyder, who has previously covered the Oscars but not the show itself.

The craziest thing is that Snyder himself didn’t see his picture – or his cultural impact – until after the show was over.

Snyder explained that his cameras were networked, so “all my photographs were immediately sent to editors at the same time that I made them”.

“Of course it happened in the middle of the show, so there was a lot of work to do right after,” he said. “At the top of the booth, I really didn’t realize the magnitude of the impact of the moment or my photos.”