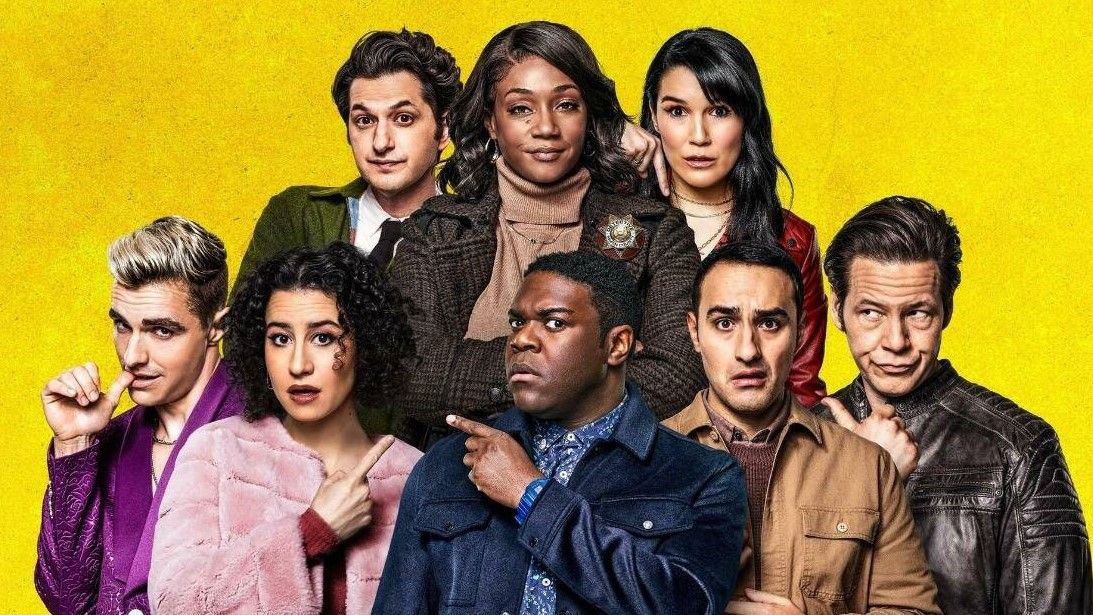 From the comedic masterminds behind The Lego Movie and 21 Jump Street comes this highly entertaining murder mystery whose comedic cast will tickle your funny bone… to death! It sounds like a lot of fun, and below we explain how to watch The Afterparty online with a subscription to Apple TV Plus.

New episodes: every Friday at midnight PT / 3am ET / 8am BST

The 8-part series kicks off when obnoxious megastar Xavier (Dave Franco) crumbles to death from his clifftop mansion while hosting an epic high school reunion. Detective Danner (Tiffany Haddish) arrives to question the guests – all of whom remember the events leading up to the murder in unique and varied ways.

As each episode explores a different character’s perspective, it fits into a genre that reflects their personality. Chelsea (Broad City’s Ilana Glazer) remembers the evening like a paranoid thriller. Brett (Blockers’ star Barinholtz) sees himself as the hero of his own action movie, while musical theater aficionado Yasper (Ben Schwartz) repeatedly bursts into song and dance.

It’s electric programming that guarantees plenty of laughs, in addition to clever twists and action-packed thrills. So keep reading below as we break down how to watch The Afterparty online and stream all 8 episodes when you subscribe to Apple TV Plus.

How to watch The Afterparty online from anywhere

Where is Apple TV Plus available?

Now available in over 100 countries, including the US, UK, continental Europe, Canada, Australia, New Zealand and India, Apple TV Plus is the exclusive streaming service of the iPhone maker.

You can subscribe to and watch Apple TV Plus content through Apple’s TV app, which, unsurprisingly, is available on iPhone, iPad, Apple TV and Mac computers, some supported third-party smart TVs from Samsung, LG and Sony, in addition to Roku and Fire TV devices, as well as PlayStation and Xbox game consoles.

Alternatively, you can also watch Apple TV Plus on a browser like Google Chrome.

What else should I know about Apple TV Plus?

While Apple’s answer to Netflix has a relatively small library of movies and shows to dig into – just over 100 and counting – what’s available is premium, well-produced fare with little filler. .

The Morning Show was Apple TV Plus’s calling card at launch, costing $15 million per episode. It was rounded out by epic sci-fi drama See starring Jason Momoa, space drama For All Mankind, and period comedy Dickinson.

Of course, the service’s smash hit was Jason Sudeikis’ comedy Ted Lasso following the titular American football coach hired to manage a Premier League football team. It earned an army of fans and an impressive amount of awards, earning 20 Primetime Emmy nominations in 2021 – a record for a freshman series.

The small but large library is set to grow at a steady pace. Apple TV Plus seems to have a pretty solid upcoming schedule of exclusive new content.

Dystopian thriller television series Breakupstarring Community’s Adam Scott and Patricia Arquette, will deliver a darkly comedic twist on work-life balance when it hits the platform on February 18, while on March 11, Samuel L. Jackson will take on the head of The Last Days of Ptolemy Grayplaying the Ptolemy with dementia whose young carer discovers a potential treatment to regain his memories.

And finally, which should be released “sometime in 2022” is that of Martin Scorsese The Moonflower Slayers which promises a “large-scale western” starring Hollywood greats Leonardo DiCaprio and Robert De Niro.