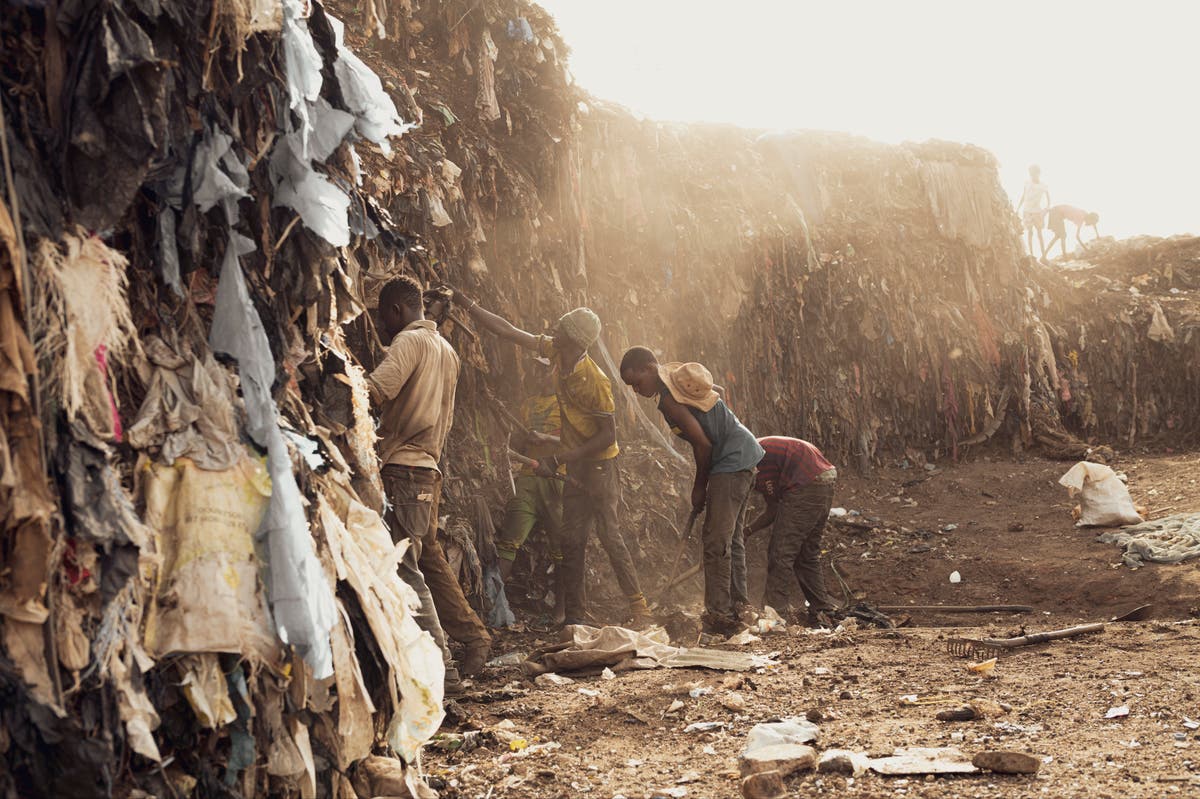 In photos: Risking everything – for the good of humanity in 2022

In an increasingly complex geopolitical landscape, the world needs courageous storytellers. However, telling the truth comes at a price; and it can be your life.

Photojournalists trapped behind the lens, and more painfully, in front of their subjects, are willing to pay the ultimate price for capturing the truths encapsulated in a handful of pictures and stories. But do the rewards justify the risk and does photojournalism change people’s attitudes?

Exactly two years ago, I published an article “The most marginalized children around the world. What hope is there for them in 2020? It reflected – what then seemed a thankless task – to hold those responsible for their broken promises to the children of the world.

No sooner had I submitted this article to my editors when I was on a mission to Lebanon to document Syrian refugees displaced by the civil war. They faced their ninth winter perched in the snow-capped mountains of Arsal – once a stronghold of Isis. I found refugees crammed into their tents, living in freezing conditions – down to -8C at night – and burning whatever they could find to keep their stoves lit, even old shoes.

I discovered two children, aged two and five. They hadn’t eaten for three days. Their father Nayef, a former law student, explained “no one comes here to help us anymore. The whole world has washed their hands of us, how can I take care of my children?

The world was fed up with the Syrian crisis. Why?

With a tight turnaround, I was soon walking the polished marble floors of the link airports heading to Darfur, Sudan, documenting the orphans of the 2003 genocide.

I sat at the departure gate looking through the expanse of glass watching the planes come in and push back. I remember thinking to myself for the thousandth time in my career “What am I really doing to myself, my family and my friends?” But this time it was different.

With my shoulders slumped forward, now staring at the ground, I wiped away the tears as they rolled down my cheek. I began to feel the cracks that I had covered for so long, and which were the result of the pursuit of change in humanity, begin to open. I had now assumed the posture of those beautiful marginalized people whom I had the privilege of photographing all over the world – defeated.

The visceral brutality of the Darfur genocide offered no respite. An estimated 300,000 people were massacred by the Janjaweed rebels. They had responded to a call to arms from the former president, Omar al-Bashir, to orchestrate the ethnic cleansing of tribal minorities.

Ibrahim explained that his last memories of his father were when the rebels arrived in cars and vans with rifles mounted in the rear and opened fire on men, women and children. They crossed the village on foot and killed, raped, looted and burned. He saw his father murdered.

The people of Darfur have long been forgotten by the world. Why?

In March 2020, we were all grounded due to the coronavirus pandemic, oblivious to what was about to unfold. As the days, weeks, and months faded, I stared at my canvas camera bags, desperate to walk away to try and change the world for the better – doing what I loved.

By the time the travel lanes were partially open, I found myself in Mali. The country has experienced extreme instability since 2012, with ethnic and tribal conflicts, rebel groups fighting over territory in the north, deep-rooted corruption in previous governments, military coups and the rise of the Islamic insurgency. throughout the Sahel. The overall effect not only plunged Mali into extreme poverty, but the closure of nearly 1,500 schools left 400,000 students without education. Children are now even more vulnerable to every kind of exploitation imaginable.

I have witnessed children exploited in the following ways: being sent to beg through a facade of religious schools, being sent back from the age of three to pick up the city’s dumps and being trafficked into mining operations illicit gold to meet demand. of careless but ruthless importing nations.

The world was failing to protect vulnerable children. Why?

Gaza, at the end of its 10-day conflict in May, is where I found myself trying to understand the true human guarantee of conflict through its four wars. This manifested itself in the story of six-year-old Saleh. He was walking to buy bread when an Israeli tank randomly fired a shell at his residential neighborhood. He broke the bones in his right arm and blew his right leg below the knee.

The world has continued to watch the people of Gaza suffer such injustice. Why?

Those little cracks that I had started to feel in my mental faculties were now opening at a knot pace and for the first time, I found myself powerless to remove them. Inconsolable.

Holding the world accountable by showing mankind’s atrocities has a huge impact on your heart, your mind, and your entire support network. Storytellers sometimes take big risks and make decisions that hardly resemble a sane mind. Yet, without hesitation, they continue to do so.

As a child, I believed I could change the world. Idealistic? May be. However, when I was old enough, I knew I would take the opportunity. So I did.

But what do I think of my job today? As 2022 approaches, I can only describe my feelings as bewildered, exhausted and, to my shame, defeated.

After many years of documenting this work, I am heading for the next year, which will be my last: playing Russian roulette for the last time. I have failed to make any serious changes or influence the way society sees the world. The constant noise of “Why” got louder and louder. Because of this incessant question, I have lost the perspective that through all the chaos, chaos and human suffering we are living in a beautiful world.

Some might ask: why not stop now? Photojournalists and journalists just aren’t wired like that. Intrinsically, they believe that one picture and one big story, aligned at the right time, could make us look up and turn away from our cellphones and the social media ether, and bring us back to watching or reading. the news that matters.

I risk everything to see if I can turn these childhood ideals and dreams into reality. Beyond that, I personally owe it to myself and my loved ones to be more present, sparing them the torments and anxieties that every trip I prepare could well be one from which I never return.

If those who were elected in their respective countries, who promised to put people first, would do just that, the world would be in a much better shape.

Until that happens, these brave men and women around the world who carry cameras or laptops, along with a bunch of international agencies, foundations and non-governmental organizations – who refuse to give up to humanity – will continue to risk everything to force change.

How to watch the Rose Parade 2022 online: start time and channels

IN PHOTOS AND VIDEOS: The great mobile procession of Señor Sto. Nino