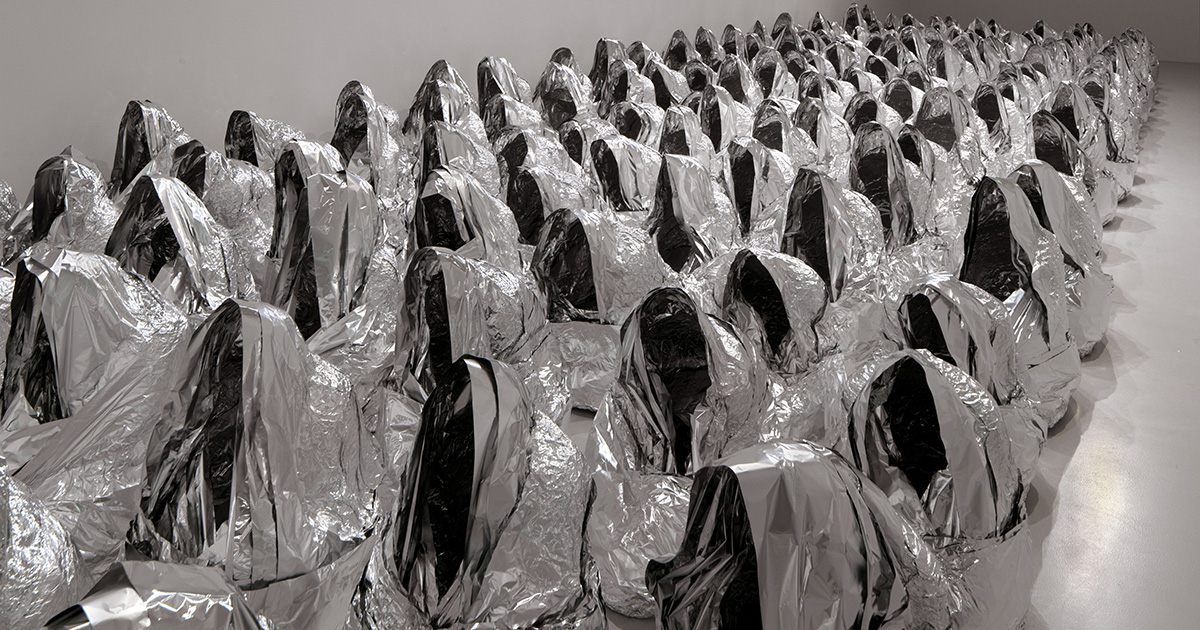 Kader Attia challenges us to deal with trauma and loss

In 2009 he built Untitled (Ghardaïa), a replica of the old Algerian city of the same name made entirely of couscous. The work leads the viewer into the complex exchange between the Maghreb aesthetic heritage and its colonizers. At MoMA, in 2012, Attia exhibited Open your eyes (2010), a double-sided projection of archival images mainly from Western museums. The juxtaposition of repaired artifacts and brutally wounded soldiers has sparked unexplored couples of anguish in the context of institutional criticism.

Often times, Attia rewards the viewer with knowledge, albeit obscured by graphic images, whether it is deformed body parts, amputated limbs, or just broken glasses. Through imagery that represents the irreversible reality of a rupture, he unveils potential avenues of redemption and salvation. And although it is often a difficult pill to swallow, the experience of an Attia work immediately transforms the viewer, leaving them with a lingering curiosity for more.

Silence in Phantom is a tribute to the whispering of Muslim prayers and the social policy of performing the prayer ritual en masse in a Western space. The encounter with the viewer, however, is vividly poetic, complemented by a comprehensive walk through the installation from another world. “When the individual body is connected to collective action, it produces a form of vibration – the physical and performative aspects of silence,” noted Attia.

The year in photos 2021 – The Santa Barbara Independent

The week in Pune: catch a murderer, work with stage lights or get lost in pandemic…