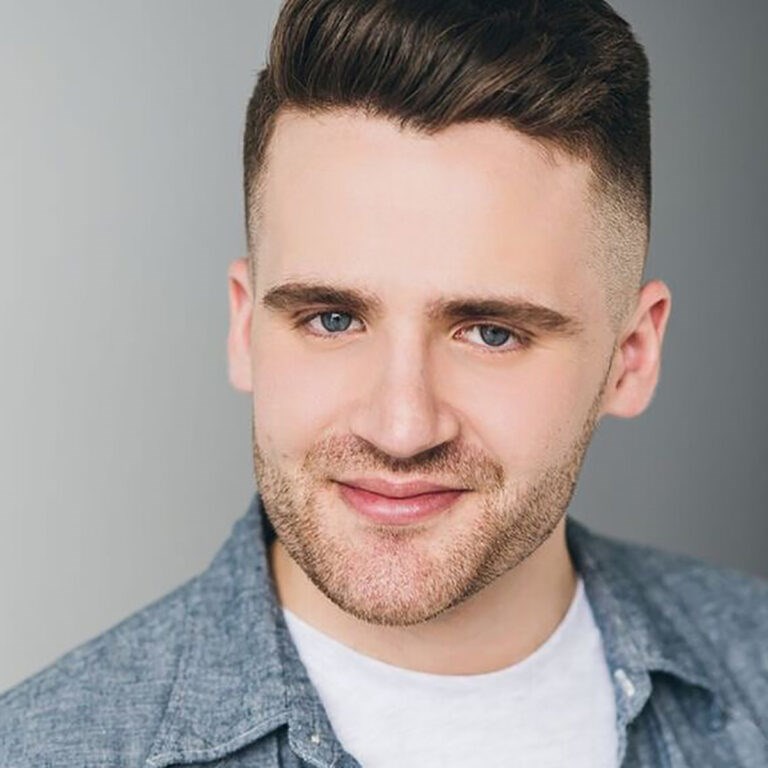 After suffering from dysmorphia and fat phobia while working in the performing arts, Greg Carruthers decided to take a stand for diversity and inclusion

Local man Greg Carruthers, a professional actor and choreographer, has been working on a visibility project for two years to help promote body positivity in the performing arts.

While working in the industry, Carruthers said he began to hate himself and his image, noting the pressures to conform to a certain body image.

“It’s a pillar of our society, it’s the last acceptable prejudice,” he said.

This discovery wasn’t something Carruthers experienced second-hand, being promised roles on physical conditions — like losing weight — that didn’t benefit his personal or professional life.

“I was told that I would get the role if I could lose weight. And that’s something that I accepted and took for granted because that’s the language used in our industry. If I had another job, if my boss told me to lose weight, that’s a human rights issue, isn’t it?”

Carruthers, from Bradford, recognized the lack of diversity in the performing arts and made it his mission to break the stigma by developing the Visibility Project Everyone on stage.

The project launched at the end of 2020 aims to “reduce the harmful effects of body dysmorphia and eating disorders on the long-term health of artists to promote the positive representation of all body types on stage”.

Each week it will feature artists on social media in an “Artist Spotlight”, with a video of their performance as well as an interview sharing their experiences with fat phobias and body dysmorphia with the aim of starting a dialogue around of the lack of positive plus-size representation in the arts.

After the project launched in 2020, Carruthers began to notice positive changes in himself. He stopped comparing himself to other dancers in mirrors during rehearsals, which inspired him to inspire and empower others.

“It’s really empowering for me, to empower myself and others. It’s who I am, it’s what I do. And there’s work for me in this space if people would look a little bit more in depth,” he said.

Her mission has inspired many people, like Charlene Lauren who attended some of the EveryBODY ​​on Stage shows last year. She says they left a lasting impact on the way she thinks about and understands representation in the arts.

“It’s been an incredible resource for me in helping me unlearn fat bias and fat phobia. It’s been a springboard for me to better understand individual and community experiences in this area so I can think about critically and do better for my friends, family and others in my life,” she said.

Katy Fudge, a friend from Carruthers’ hometown, followed the project and also attended live and virtual shows. She feels inspired by her work and how it will benefit viewers of all ages. One show in particular that stuck with her was a recent comedy show from EveryBODY ​​on Stage, which sparked a string of important topics for viewers to consider.

“It’s such an amazing way to encourage a conversation about fat phobia and discrimination in the arts. I thought about the impact the EveryBODY ​​on stage mission can have on the mental health of young people in the arts that don’t feel like they belong because of their body, their skin, and their gender identity,” Fudge said.

And while Carruthers’ mission impacts many within the arts communities and beyond, there has been a positive impact even closer to home — with his own family.

His sister, Andrea Carruthers, says, “I’m so proud of the work Greg is doing with EveryBODY ​​on Stage. Being able to sit in the crowd at a show and relate to the character on stage, how they look, who they represent, different races, genders, cultural experiences – You can relate to yourself in many different ways. It’s so important.

Carruthers says his mission has only just begun. He wants to tell budding artists not to dim their light, and that “representation matters. You can be that representation for someone you didn’t see as a kid.”

To learn more about the EveryBODY ​​project, visit their website here.

House for a Photographer / ValArch Atelier

‘The Batman’ Reveals the Biggest Thing Missing from Most Marvel Movies