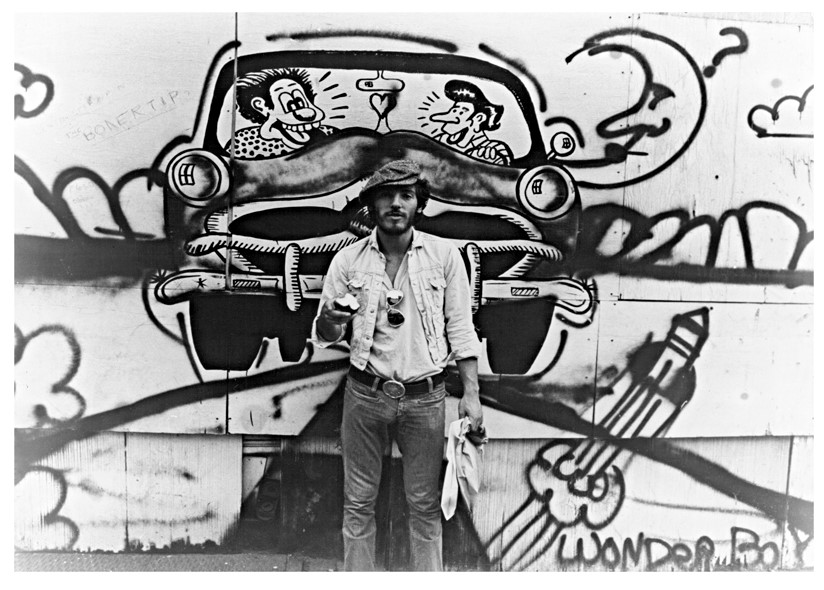 CONSHOHOCKEN – Coll’s Custom Framing & Gallery, 324 Fayette Street in Conshohocken, will present a special exhibition featuring rare and never before seen fine art photographs of Bruce Springsteen as well as a collection of rare Springsteen memorabilia and autographed items. The exhibit is free and all items are available for purchase.

One of the highlights of the “Greetings from Conshohocken, PA” show will be a collection of the debut of a recently released limited-edition photograph of West Conshohocken native Phil Ceccola, who took thousands of photos of Springsteen before and during his career. exploded. This recently released photograph was included in Dave Marsh’s book “Born to Run” and has never been publicly available before. In addition to this new photograph, more than a dozen other limited edition fine art photographs from Phil Ceccola’s archives will be on display. His photos are some of the most well-known images from the start of Springsteen’s recording career, beginning with Bruce’s first concert at Main Point in 1973 during Bruce’s “bearded years” with many striking early-to-middle images. 70s. Sadly, Ceccola passed away in 2003, but his brother is now making some of Phil’s never-before-seen photographs available.

In addition to Ceccola’s photographs, other renowned Springsteen photographers will be featured. Finally, a specially curated collection of Springsteen memorabilia will be on display and available for purchase, including many hand-signed items, gold and platinum records, rare posters and more.

“Ceccola used to drive Bruce around Philadelphia in the early days, and his photos are some of the most well-known images of Springsteen’s early recording career…beginning with his first gig at Main Point in 1973 during Bruce’s “bearded years”. with many striking images from the early to mid 70s,” he adds. “Sadly Phil Ceccola passed away in 2003, but his brother is now making some of his previously unseen photographs available…at this exhibit, for the first time in Philadelphia.”

Coll traces his love for Springsteen’s music to his growing up years in the 1980s in Conshohocken and recalls impressions of the sound as “more like a rock and roll orchestra than just a band”.

“There was brass, a piano, a wall of guitars…all working together, and then there was Springsteen – clearly the leader,” he says. “All eyes are on him, and the band go through song after legendary song…even to this day on stage.

“If you listen to the songs he’s been dealing with throughout his life, he manages to be a little bit different. If you look at the bands that made hits in the 70s, it was either the singer-songwriter type or the sound of a big rock band. Bruce tied those two together with terrific storytelling and an ear for how to use everyone in the band. He could mix Jim Croce a bit with Billy Joel, while having the power of a Led Zeppelin type band behind him.

“In the 80s he was taking on bands like Wham… and Duran Duran, almost pop stuff, and he stayed true to his roots. And to this day, when he and the band take the stage, they can keep 80,000 people on their feet for hours and leave you wanting more.

Mr. English contributed to this story for MediaNews Group.