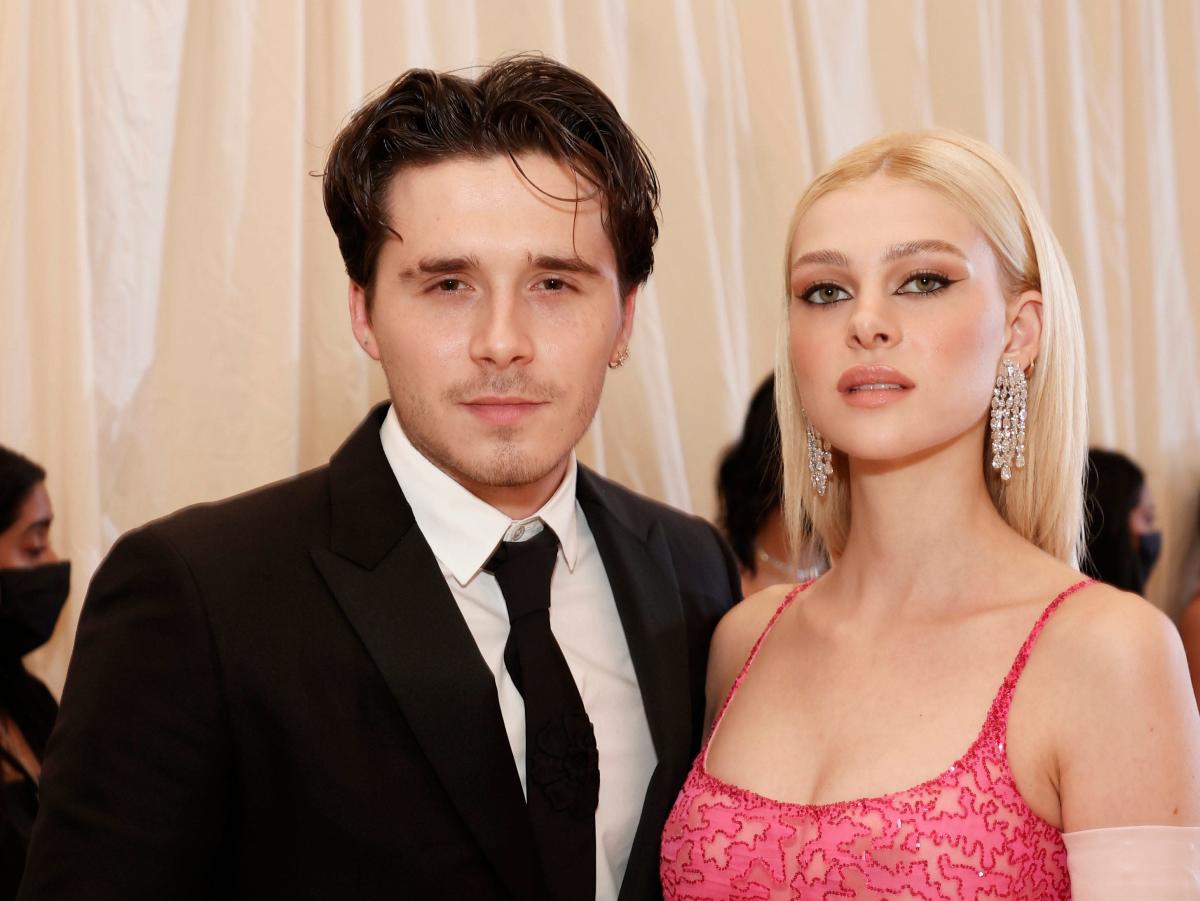 The couple tied the knot on April 9 at Peltz’s Palm Beach, Fla., family estate, where Yahoo News reports social media has been banned due to an exclusivity with Vogue. The Daily Mail also shared photos of Yondr bags, which use electronically locked pouches “to create phone-free spaces for artists, educators, organizations and individuals”, unloaded on the estate.

Peltz shared in an Instagram Story on Friday that she and Beckham used flip phones to take personal photos at the event. She posted a photo of the two phones, calling them “our wedding phones” and explained that they contained the only photos the couple had taken at their wedding.

Vogue shared images from the wedding, including the custom Valentino dress that Peltz wore during the ceremony. According to the magazine, her “something blue” – a message from her mother, Claudia Heffner Peltz – was sewn into the skirt of the dress. The final look was finished with a long train, mesh and lace veil and gloves. Peltz accessorized her wedding dress with white platform shoes and diamond earrings.

“She sent me all these radiant images of Claudia Schiffer — including pictures of her with bangs — so they inspired us, and the dress, which is just stunning,” Abergel told the outlet. .

According to Vogue, Beckham wore a suit by Dior Men artistic director Kim Jones, a family friend of the Beckhams. Jones, who has also designed suits for David, Romeo and Cruz, styled Beckham in a black wool suit with a white bow tie and pocket square for her nuptials.