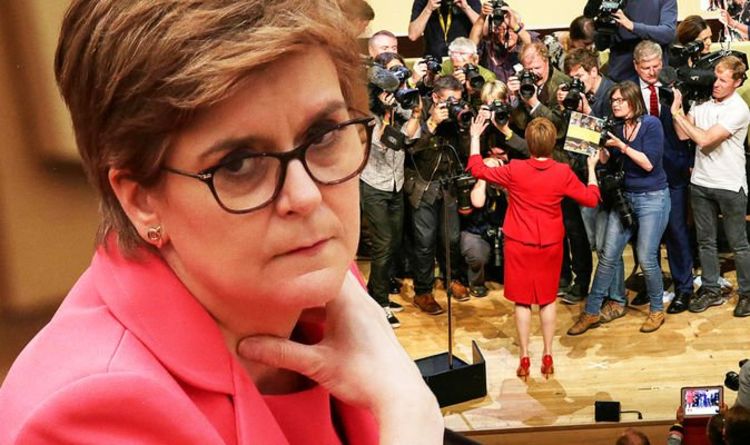 Following a parliamentary question from the Scottish Tories, official spending data has been released.

The Tories have said Ms Sturgeon must answer for the obvious follies ahead of the 2016 and 2021 elections.

Scottish Conservative Chief Whip Stephen Kerr told the Scottish Express: “Taxpayers will be intrigued as to why there is a dramatic increase in Scottish government spending on photographers at election time.

“Maybe the Prime Minister could explain how this ‘coincidence’ happened?

“It is unacceptable that public money is wasted on glossy pre-election photoshoots for ministers when that money should be coming out of the SNP’s coffers.”

READ MORE: Inside Nicola Sturgeon’s House: The Life of the Scottish Prime Minister

He said: ‘These numbers show a Scottish government that is much better at costly photo calls than it is for the people of Scotland.

“Unfortunately, once the cameras are off, ministers are much less determined to make projects a success, as workers at BiFab, Ferguson Marine and the Lochaber smelter all found it the hard way.”

“Scotland needs a government committed to restarting the growth of our economy, not vanity photoshoots. “

“The Scottish Government takes very seriously the requirement to maintain the impartiality of the civil service and to ensure that official resources are used appropriately during election periods, as set out in the pre-election guidelines.”

The Scottish government has also been criticized for spending millions to transport ministers in private cars.

Figures showed nearly £ 7million had been spent on the Scottish Government’s motor service, which provides the Prime Minister’s Office with a fleet of 41 chauffeured cars.

“During every budget, the SNP advocates poverty by cutting boards to the bone – but they spare no expense for themselves.

“Some transport costs are inevitable, but nothing justifies this level of waste. The SNP cannot continue to waste millions of pounds of public money on private cars. “

The Scottish Government has said the size of the fleet has changed in fiscal year 2021/22 as cars are bought and sold with 28 vehicles currently in the fleet.

A spokesperson added: “The Government Car Service provides a secure environment to conduct sensitive government business when traveling to and from ministerial commitments when public transport is not sustainable.

“We are continually looking for ways to ensure that government car service is provided in the most cost effective manner, providing the best deal for the taxpayer. “

“As part of our commitment to decarbonize our fleet, we have increased our investments in fully electric, ultra-low emission electric vehicles, which now represent 63% of the current overall fleet and 100% of the current Government Car Service fleet. .

“We are committed to phasing out gasoline and diesel cars from the public sector fleet by 2025 and replacing fossil fuel vehicles with plug-in or fully electric vehicles where appropriate. “