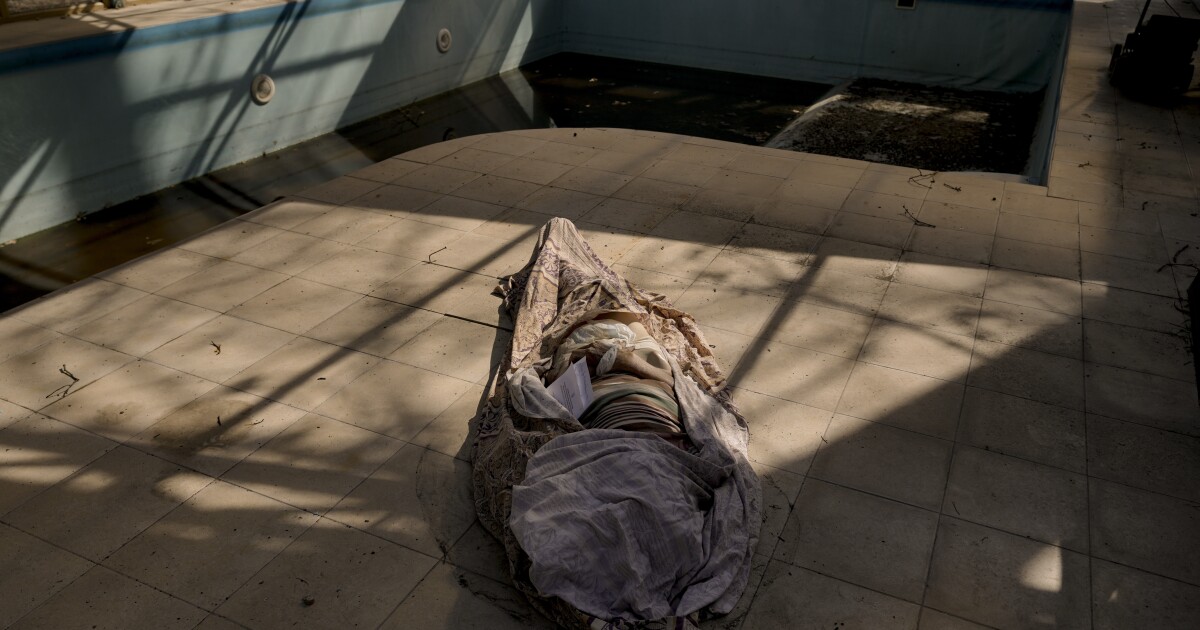 Op-Ed: Seeing the horrors in Ukraine could spark action

In a dramatic and furious speech to the United Nations Security Council on Tuesday, Ukrainian President Volodymyr Zelensky presented photographs of Bucha’s graphic atrocities – including close-ups of dead children and groups of corpses, some with hands tied behind their backs. “The bedroom fell silent,” reported The New York Times, and the photographs ricocheted around the world. Almost immediately, the European Commission offered to cut coal imports from Russia and President Biden promised additional sanctions.

The photos, apparently, had done their job.

But images cannot make political decisions. Photographs cannot think for us, although they can sometimes push us a little. It is doubtful that Bucha’s photographs would significantly alter the course of the war. What they can and have done is bolster an already existing political will – what photo critic Susan Sontag has called “relevant political consciousness” – to fight Russia’s aggression. They echo the already deep sense of outrage and revulsion on the part of governments and ordinary citizens towards the war and those who started it. The images tell us something that, in a sense, we already knew.

Horrifying photographs like those shown at the UN help us do what we were set out to do, but history shows that they can rarely do more.

The Ukrainian War is compared to the Spanish Civil War of the 1930s, and in some ways the comparison is apt. Here, once again, a fledgling democracy is battling a fierce dictatorship. A popular army, made up largely of ordinary civilians, fights a much larger and better equipped enemy (in Spain, these are the forces of Francisco Franco, Adolf Hitler and Benito Mussolini). Civilians are ruthlessly targeted, especially from the air. And in both cases, the images helped tell the story of the struggle.

Writers, poets, journalists and photographers flock to Spain to support the republic. The war was indelibly photographed by, above all, Robert Capa. His portraits of anti-Franco fighters – some much too young, others much too old – were imbued with something close to tenderness. Here, he seemed to say, were men who were willing to kill and die for their freedom, but who would neither kill nor die. Capa sought to mobilize support for the Spanish Republic on the basis of respect, not pity. Numerous newspaper and television images of Ukrainian fighters vividly echo this sensibility.

Capa and his colleagues, notably Gerda Taro and David (“Chim”) Seymour, photographed war with an explicit political objective: military intervention by liberal democracies. They missed. In the United States, France and England, the political will to intervene was weak or even absent, particularly on the part of governments. Five months after the end of the Spanish Civil War, Hitler invaded Poland and started World War II.

The so-called photographs of Caesar of Syria represent another example of the failure of images – or, rather, of those who have seen them to act. César is the code name of a Syrian government photographer; with the outbreak of the civil war in this country, its functions changed. Now, instead of photographing mundane events like car crashes, he’s been told to document the incomprehensibly cruel torture that President Bashar Assad’s dictatorship has committed on an enormous scale.

Caesar’s footage is some of the worst I’ve ever seen, and far more disgusting than anything Bucha has shown so far. They represent bodies – people – who are slowly starving to death; whose faces have been mutilated by knives; whose eyes were gouged out, apparently while still alive. (It’s unclear exactly why the Assad regime recorded its own atrocities, though it suggests both a confident sense of impunity and some sort of moral derangement.)

Horrified by what he saw, Caesar and a friend spent two years smuggling tens of thousands of torture photographs out of the country, putting them and their families in life-threatening danger. The photographs were verified by forensic experts, including the FBI, and in 2014 were widely distributed in major newspapers, on the websites of human rights organizations and at the United Nations. Caesar, who now lives under witness protection in Europe, testified, in disguise, before Congress. Perhaps most importantly, his photographs were shown to world leaders, including then-Secretary of State John Kerry and Laurent Fabius, then-Minister of Foreign Affairs of France. Like Capa, Caesar hoped that the images would change the world’s attitude towards war.

The effect of the photographs was… nil. No liberal democracy intended to become significantly involved in the Syrian civil war, especially in light of the ongoing conflicts in Iraq and Afghanistan. Assad, whose main ally is Russian President Vladimir Putin, called the photographs propaganda and suggested they could have been photoshopped.

Now it is the Kremlin that claims the atrocities photos are fake and tries to discredit Bucha’s images, which is one of the many bitter ironies of this war. After Hitler invaded the Soviet Union in 1941, Russians began circulating photographs of Nazi atrocities in the West. Some of these photographs were taken by Russian army photographers; others were torn from the bodies of dead German soldiers, who had broken what we might call memories of atrocities. In 1942, the Soviets, whose losses would be far greater than those of any other country, published “We Shall Not Forgive!”, a book filled with grisly photos taken by the Nazis.

Like the Soviets who 80 years ago desperately took their struggle to the West, Zelensky today aims to mobilize greater military intervention in support of his country. Whether he will succeed remains to be seen. But success or failure will depend primarily on geopolitical considerations and political will, no matter how devastating the Ukrainian images are.

Susie Linfield, professor of journalism at New York University, is the author of “The Cruel Radiance: Photography and Political Violence”.

When Choosing an Image Hosting Service, Look for These Nine Factors