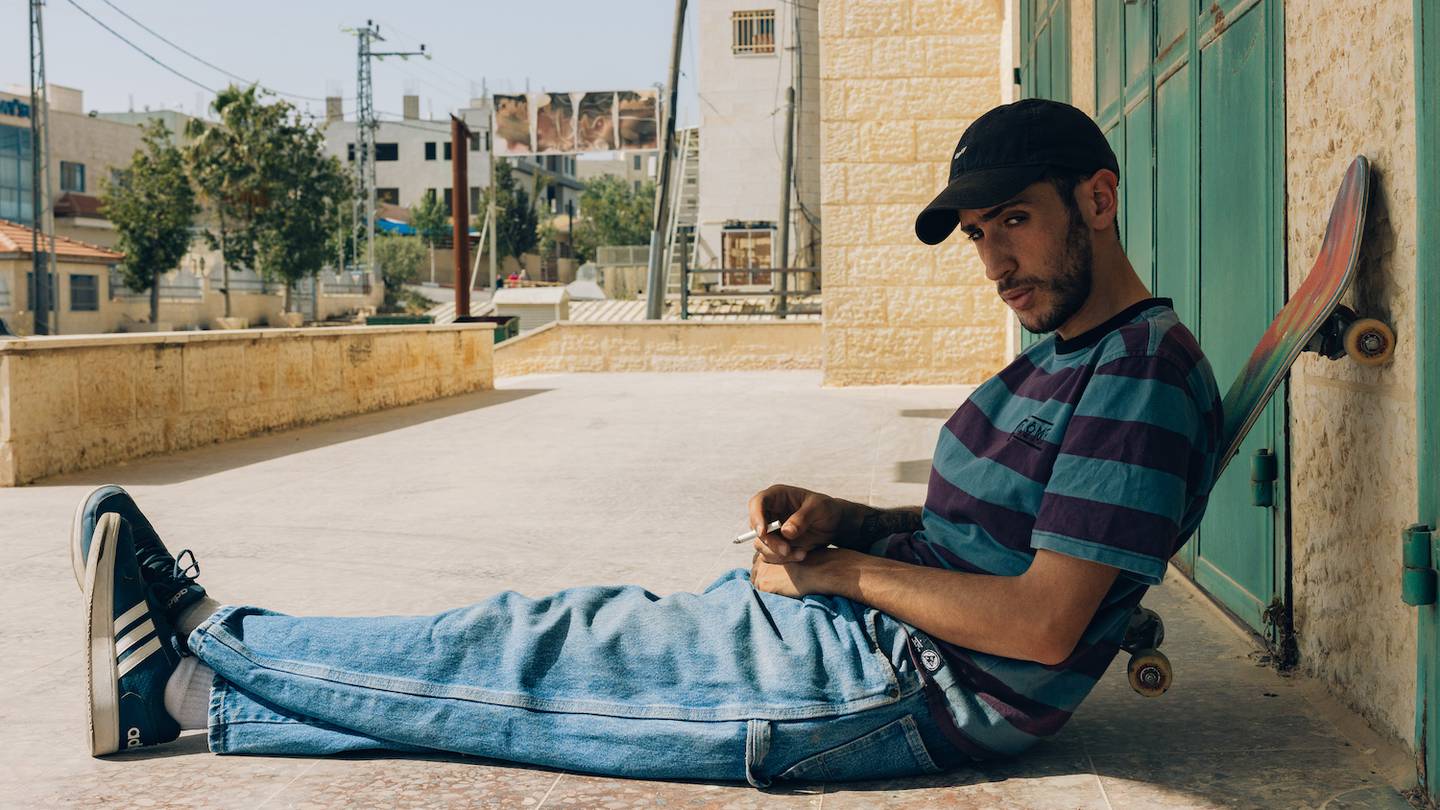 Audiences will see images gathered from across the West Bank and Gaza, with the opportunity to engage in a talk with the artist himself, who will be tuning in from his hometown, via a lively Q&A session in direct.

The Slidefest platform was launched in 2009, bringing thousands of viewers to chat with emerging and established photographers in the region. The annual event has successfully boosted the careers of many young working artists and brought to light several little-known photographic projects. At the same time, photographers have the opportunity to interact directly with the public and share more about their processes and practices.

Often fledgling photography projects that are in the early stages of development don’t get much exposure until they reach a more edited and polished stage of maturation. However, Slidefest offers viewers a space to take a closer look at the development process of producing these types of long-term visual projects while gaining personal insight into the lived experiences that inform the work.

“It was exciting to see Slidefest become a staple event in Dubai’s arts calendar over the years. So far, Slidefest has traveled all over the Gulf, across Saudi Arabia to Riyadh and Jeddah, Bahrain, and has even took place in Cairo”, explains Mohamed Somji, director of Gulf Photo Plus.

“This year, we are proud to present the work of five Palestinian artists who all do impactful work on the ground. We are thrilled to partner with Reel Palestine for their eighth edition to shine a light on these important stories. At GPP, we believe in supporting Menasa photographers who continue to push the boundaries of contemporary image making in the region.

This year’s focus on Palestinian narratives is particularly timely given the political situation in the region. Abu Elouf’s project live in the dark is a documentation of the lives of various people in the Gaza Strip over a period of years, living in places ranging from the streets to the city to the camp and the hospital – without electricity.

Abu Elouf, a photojournalist who resides in Gaza herself, focuses on how people’s reliance on electrical alternatives such as candles, kerosene lamps and LEDs has created dangerous environments affecting their daily tasks and condition. general psychological, even leading to fatal fires.

Candlelight work is an element also present in Abu Latifa’s project, Education in refugee camps, which expands on the considerable efforts made by parents in the Gaza refugee camps to send their children to school. When there is no electricity, they provide candles. They travel long distances to get their kids to school and they spend on WiFi cards to keep learning about cellphones amid school closures during the pandemic. For families in the camps, school and education are a symbol of refuge in such an uncertain environment.

Meanwhile, Hammad Landing is a collaborative approach to the Palestinian skate scene, which the photographer and filmmaker has been part of himself and has been documenting for six years. Here he portrays skateboarding as an act of radical resistance to the imposed mental universe of violence and domination, intertwined with the artist’s personal family narratives of displacement and diaspora.

“Skating takes us to a parallel world, where we can participate in our surroundings,” Hammad says. “This participation is an interpretative dance with the built environment, a tool for assembling a community, and above all, a focus on the imagination. This project serves as a reminder to that pocket of freedom, as we all try to find our landing.

Finally, the project of self-taught photographer Batniji Fish is located on the coast. Since Palestinian access to the sea has been restricted since 2000 by military activities, the currently approved necessary distance from the coast for fishing is three nautical miles. Yet, in order to maintain their livelihoods, fishermen in Gaza continue to risk death by sailing up to six nautical miles so they can continue to catch the limited and dwindling fish population in their part of the Mediterranean Sea.

At a time when Palestinian histories feel increasingly urgent and necessary, the work, experiences and practices of these five artists are a welcome and crucial contribution to the cultural calendar of the United Arab Emirates.

Slidefest Palestine is on view at The Yard until February 6

Someone made a 3D print of the Barge Chilling Beach sign