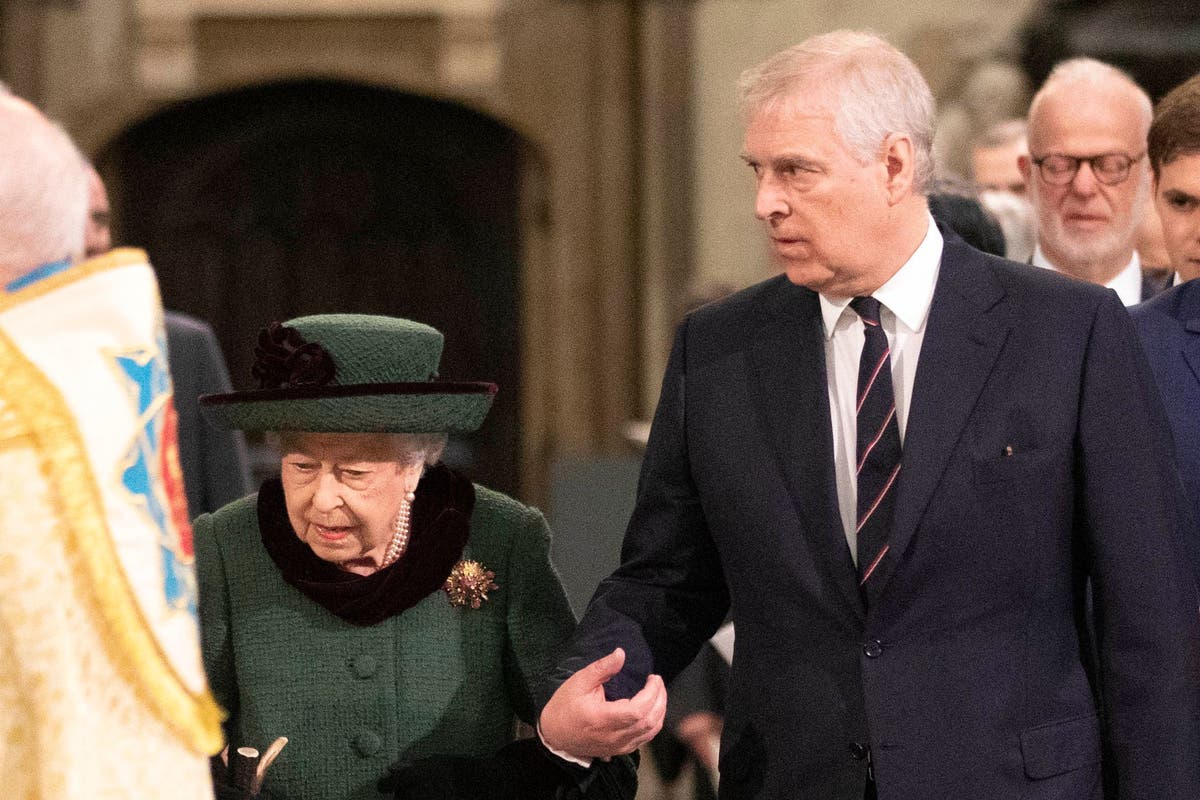 The only official photographer who documented the Duke of Edinburgh’s memorial service last week has revealed how the event unfolded when Prince Andrew was given a surprisingly large role.

The thanksgiving service at Westminster Abbey on Tuesday March 29 saw the Duke of York make his first public appearance since reaching a settlement in his sexual assault case in the United States.

Andrew settled the case brought against him by Virginia Giuffre, who accused him of sexual abuse when he was 17. He had previously denied ever meeting her and vehemently denied the allegations.

Although he retired from public duties, Andrew arrived to serve with the Queen and escorted her to her seat before the congregation of 1,800, including the Prince and Wales and the Duchess of Cornwall and the Duke and Duchess of Cambridge. .

Richard Pohle, team photographer The temperaturewas chosen as the rotation photographer who would provide national and international media with images of the service from inside Westminster Abbey.

write in The temperaturehe revealed the event began in “a high state of panic” and his initial instructions were not to photograph the Queen until she was seated.

However, ‘everything changed’ when it was discovered Andrew would be walking Her Majesty down the aisle.

He remembers telling palace officials he would ‘absolutely need to photograph’ the moment the Queen arrived with the Duke as it was ‘now the major event in the news’.

The 95-year-old monarch’s decision to allow Andrew to accompany her was heavily criticized by the media and members of the public after the event, with royal commentator Omid Scobie commenting that it “completely overshadowed a beautiful service”.

The memorial was broadcast live on BBC One that day, and Pohle argued that he would be “in a hell of a mess if there was general television coverage of the Queen openly showing her support for Prince Andrew but not of photographs”.

The photographer was eventually given permission to capture the moment, but revealed how he nearly lost the opportunity.

“I had forgotten that when the Queen walks into a room, everyone stands up,” he wrote, describing how he was blocked by “rows of dignitaries and ladies’ hats.”

Thinking quickly, he moved away from his official position for a better place. However, Pohle described it as “the most cardinal of sins” as a rota royal photographer.

“I brushed past the press secretary and felt a hand reach out to try to stop me, but I rushed over and crouched down in the center of the aisle,” he said. .

It was from here that Pohle was able to clearly photograph the Queen walking arm in arm with Andrew, behind the clergy row.

He later returned to his official position with the “frowning press secretary” and whispered his apologies to him for walking away.

The image of Andrew walking his mother through the abbey was splashed across the newspapers the next day, with headlines like ‘The pain…and the stain’. The mirror and “Royal Fallout on the Queen’s Last Act of Love” on the front of the Daily Express.

The Duke’s prominent role at the memorial has raised questions over whether he will attend the Queen’s Platinum Jubilee weekend in June.

The banished royal, who was stripped of his honorary military titles and HRH style in January, can make an appearance at the Jubilee Service of Thanksgiving in St Paul’s Cathedral on June 3 if he is deemed a family occasion.

However, Buckingham Palace said its stance on the matter “has not changed since our statement in January”, when it issued a statement confirming that Andrew “will continue to hold no public office”.

How to watch Billie Eilish’s performance at the 2022 Grammys online: live stream