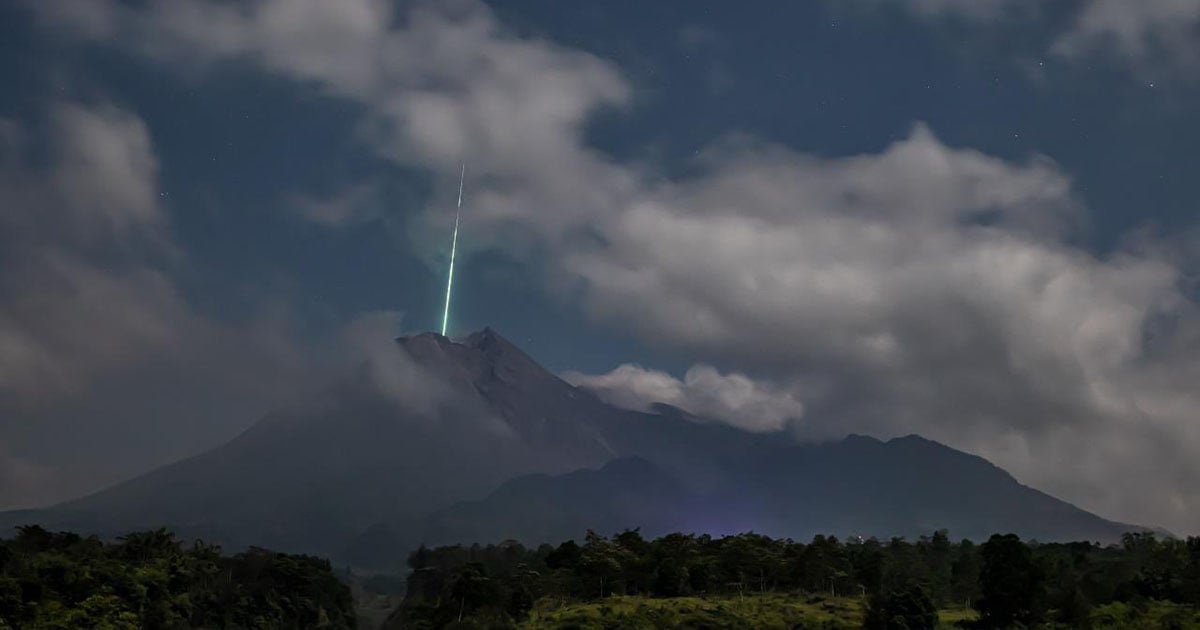 
An Indonesian photographer took a remarkable photo of a meteor falling “into” a volcano, and the resulting photo looks like there is a beam of green light bursting out of the crater.

Photographer Gunarto song has spent the past few weeks photographing Mount Merapi, his country’s most active volcano which has erupted regularly since 1548.

While photographing the stratovolcano on May 27, Song managed to capture a flash of green light that lit up the sky. Then he shared the photo on Instagram with the caption “Meteor fell in the top of Mount Merapi? And the photo has since gone viral.

At least two CCTV cameras pointed at the volcano also captured the flash at the same time:

Gunarto says he was working to take panoramas of Merapi at night when the phenomenon occurred. He was shooting a few final shots before packing for the night when the light appeared in the sky.

“What’s for sure is that when I took this photo, I really see a white light and it’s pretty bright,” Gunarto said. tell CNN Indonesia. “It fell from above, I just knew it was only a second or two, yes very quickly, fell from top to bottom.”

His camera’s shutter speed recorded exposures of 4 seconds, allowing him to capture the shooting star as a trail of green light.

the The National Institute of Aeronautics and Space (LAPAN) estimates what was captured was a meteor, and the blue-green color was due to the magnesium content.

While the photo may give the impression that the shooting star fell directly into the crater of the volcano, it is not known whether this actually happened or whether it fell somewhere behind the mountain. From what is seen in the security camera footage, however, it appears that the meteor fell from a very close distance.

In 2016, photographer Daniel Kordan also accidentally captured a stunning photo of a shooting star hovering over an active volcano (Klyuchevskaya Sopka on the Kamchatka Peninsula in northeast Russia).

You can find more of Gunarto’s work on his Instagram and 1 time.

Image credits: Photographs by Gunarto Song and used with permission