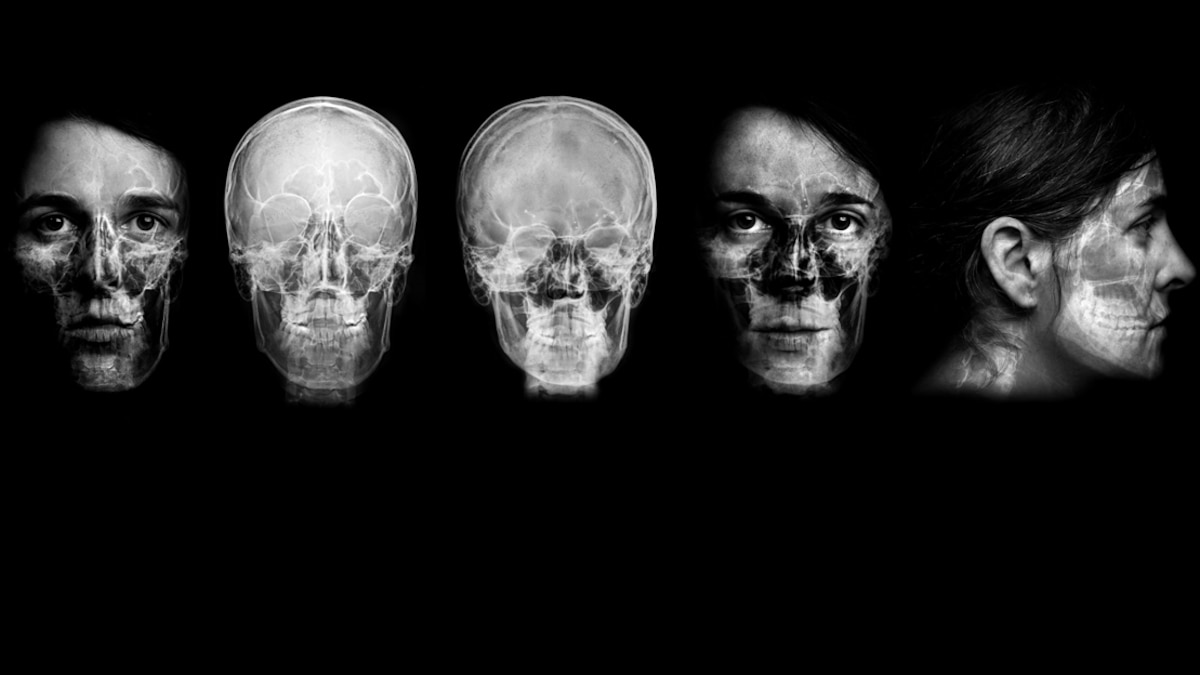 It took me 27 years to realize I was transgender. It took a month or two to decide on the physical transition. It took me even less time to realize that I needed to document my transformation, for myself and anyone who needed to see it.

I should start at the beginning.

Growing up in Baltimore in the 1990s and early 2000s, I had no idea people could be anything other than the gender they were assigned at birth. There were no resources or role models available to me at that time to even begin to understand who I was.

However, there were small hints of my homosexuality, a feeling of being different, something intangible. I never shared or had the opportunity to explore these feelings until my early twenties. When I was 21, I came across videos of trans women on YouTube talking about their transitions. I periodically returned to the videos to see their updates, which intrigued me. I figured this was just research for a story I wanted to do about trans identity. I wasn’t ready to face the truth about myself yet.

I moved to New York in 2011. Keeping my mind and body occupied with working in the photography industry distracted me from introspection. In 2015, I was sitting in my therapist’s office when she casually mentioned a person — a celebrity — who had come out as trans. I don’t remember the context of this conversation. I don’t think I was even paying close attention to what she was saying. But I remember thinking, “Oh, that’s interesting.

That disposable comment was the spark that forced me to stop ignoring what was burning in my subconscious. When I was at home, alone with my thoughts, I reflected on my identity. I ask myself again and again, “Am I trans? I’m a woman?’ I thought probably not. Then I thought, ‘Maybe?’ I went back and forth, but over the days, then weeks, the answer became clear: “Yeah, that’s you.”

Finally, I realized that I had to accept who I was.

Left: January 2, 2016: There were days when I really felt the weight of the gap between how I saw myself in the physical realm and how it was not meeting my expectations.

Right: March 26, 2016: The effects that hormones alone have on the human body, without surgery, can be quite significant. Over time, my skin began to soften, breast tissue began to develop, and physical differences became more visible.

From the initiation of hormone therapy to facial feminization and gender reassignment surgeries, my body would undergo its most extreme physical transformations. The following events took place from 2015 to 2017.

All the confusion I had felt made sense; all the puzzle pieces fit together for the first time. Everything just fell into place. Confident and excited, I started moving quickly to make up for lost time.

I dated first with my therapist, just to test the waters, and then with my mom, who was happily my rock throughout my transition. I’m lucky that everyone in my life, including my parents, my brother and my friends, really accepted.

Left: April 20, 2016: Five days after undergoing a medically invasive and painful procedure known as facial feminization surgery (FFS), I pointed the camera at myself. This surgery changes the bone structure to remove the effects of what testosterone had originally done to shape the skull. Still seeing elements of my past features, the reality began to dawn on me that it would take some time for my “new” face to settle on top of my reconstructed skull.

Right: May 28, 2016 : This is the first dress I have ever owned, given to me as a gift by another trans woman and friend. I wasn’t even halfway to where I wanted to be physically and felt like a work in progress.

May 22, 2017: I had refrained from cutting my hair for a while as it took a while for it to reach a length I felt more comfortable in. Having a feminine physique is not the whole of who I am. For me, being a feminist woman is about being an individual, where I choose my own path of what’s good for me and my body.

Basically, I owe my very existence to my trans elders, especially Indigenous, Black, Asian, Latina, and POC queer people. They were on the streets and in our communities doing the hard work, paving the way for the rest of us to discover and live authentically as ourselves. Pioneers, like Marsha P. Johnson, Sylvia Rivera and countless others stood up and fought for our community at a time when visibility and representation was near zero.

A few months after coming out, I started taking hormones and started doing self-portraits. Turning the camera on myself was a way of understanding where I started and where I was going to end up. As a photographer and someone who didn’t encounter positive images of trans people as a child, I felt I had a responsibility to tell my story through my own queer perspective.

I do not intend to be representative of all trans people. Just as there is no one way to be human, there is no right or wrong way to transition. We each have our own path.

My journey turned out to be a medical transition. In 2016, I underwent facial feminization and gender reassignment surgeries. Facial feminization surgery reconstructed my skull, shaving the bones to remove the effects of testosterone. Although it may seem extreme, imagine finding out who you really are, then looking in the mirror and seeing someone else. The surgeries have been painful, but the journey to be yourself always includes pain, sometimes mentally and physically.

It’s hard to go back to old family photos now. I wish I had been me sooner. But when I look at the photos of the beginning of this project, I see a person who is being himself. And towards the end of the series, there are a few images where I think: “This is me, as I am”. I have no regrets.

Allison Lippy is a Brooklyn-based photographer whose work explores the convergence of identity, culture, and science in spaces of transition. Follow her on Instagram.