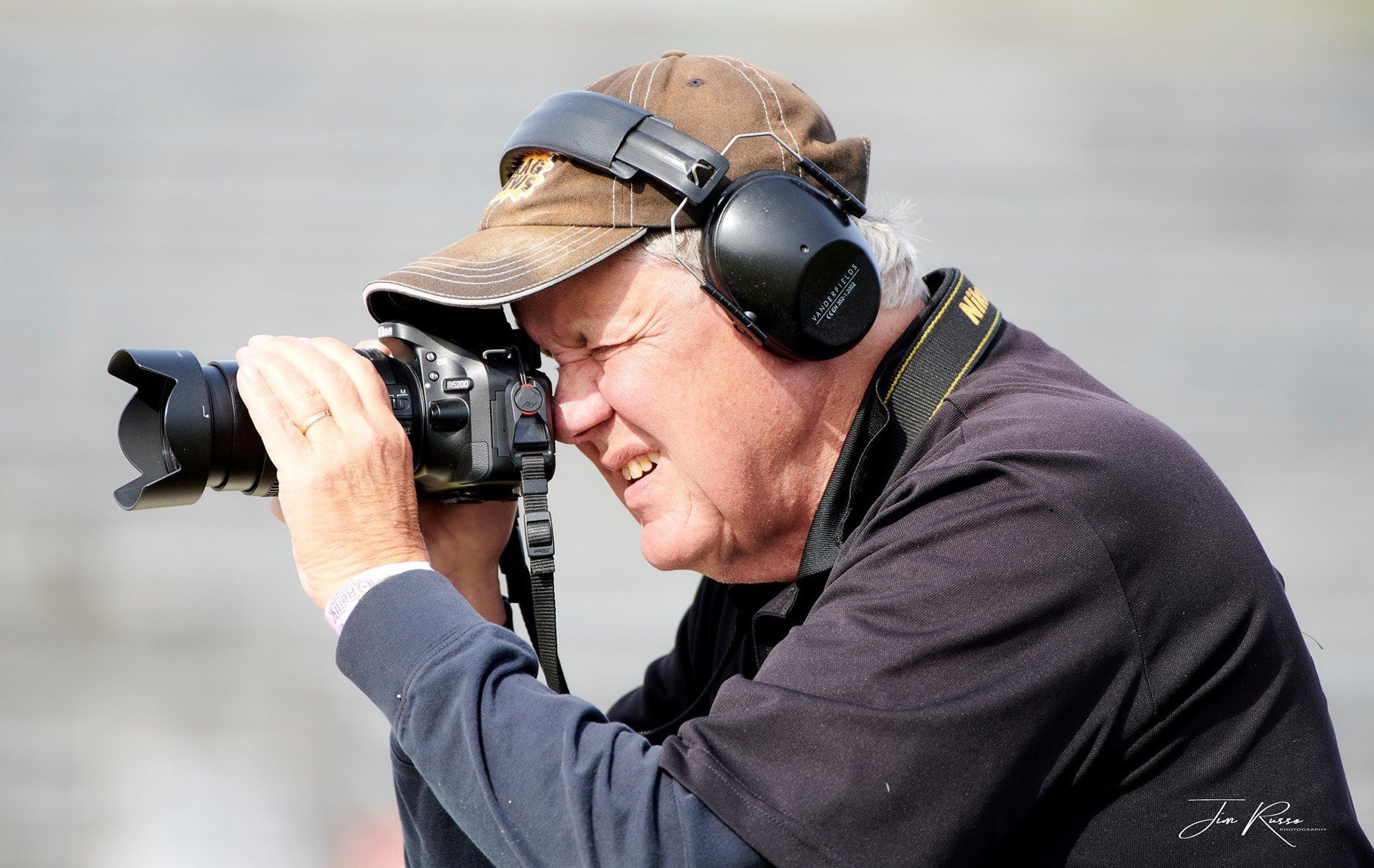 Photographer inducted into the Hot Rod Hall of Fame

McCarthy said he started photographing with a Polaroid camera for “Drag News” magazine in 1968, bought a Pentax in 1969, and continued with the magazine until 1972.

After several career changes, he retired to Florida in 2012. In 2016 he returned to Drag Racing photography, this time with a Nikon D5200, continuing as an NE Dragway track photographer.

McCarthy said he was “shocked” to get the call from Jim Blake of the Orientals Hot Rod Club about his Hall of Fame selection. McCarthy and his wife, Alice, live in Loudon, NH

A 1968 graduate of Hudson High School, he is the son of Hudson resident Paul McCarthy and the late Pat McCarthy. Congratulations Mike!

Robert “Bob” Durand and his wife, Nancy, hosted a lobster and clam for the 50e reunion of the Hudson Catholic High School Class of 1971 at their home on the shores of Fort Meadow Reservoir in Marlborough on July 2.

The meeting was delayed by COVID.

Hudson residents William “Bill” and Nancy Keup were married for 60 years on June 23. They were celebrated with a party at Longfellow’s Wayside Inn in Sudbury by family and friends.

Bill Keup and the former Nancy Bolduc were married at St. Jerome’s Church in Arlington in 1962 and moved to Hudson in 1966.

They are the parents of Mark Keup of Brant Rock, Debbie DeFelice of Sterling and Michael Keup of Douglas, and have six grandchildren.

The police organize Night Out

The Hudson Police Department will be hosting a National Family Night on Tuesday, August 2 from 5-8 p.m. at the Guidotti Baseball Field in Riverside Park. Offers will include free hot dogs, ice cream, popcorn, a display of police gear, face paint and a bouncy house for kids.

Hudson resident Mike Walling volunteers at the Nantucket “Lightship” LV-12, docked in Boston Harbor, over the weekend. The former US Coast Guard said the lightship was the last lightship in service and was almost completely restored to its original condition.

Walling said, “This is the first time in over 44 years that I have used my Marlinspike seamanship skills and shared my nautical knowledge and Coast Guard history with volunteers and visitors.”

The Hudson author and historian said that for 39 years the lightship guided transoceanic shipping to and from the East Coast. The Lightship website is www.nantucketlightshiply-112.org.

Several members of the Hudson High School Class of 1969 hosted a July 15 reunion luncheon at the Flying Bridge restaurant in Falmouth.

The Eagles will sponsor the Mohegan Sun trip

Hudson Aerie of Eagles will be sponsoring a “Wine and Gamble” coach trip to Mohegan Sun Resort Casino on Sunday, October 23, with proceeds going to St. Jude’s Hospital.

The cost is $75 per person for transportation, refreshments on the bus, five hours at the Casino, a $20 food voucher, pizza on the return trip, and all taxes and gratuities. To reserve your seat, call Pam Chaves 508-958-4256 or email [email protected].

The members of the Hudson Board of Selectmen were Richard Beauregard, Ralph Crowley and Roland Plante.

Mrs. Helen Sahagian was installed as regent of the Catholic Daughters of Hudson.

“It’s Show Biz” was the theme of the 17e Miss Jean’s School of Dance annual recital.

Cheryl Coffey was “Girl of the Month” at the Hudson Girls Club.