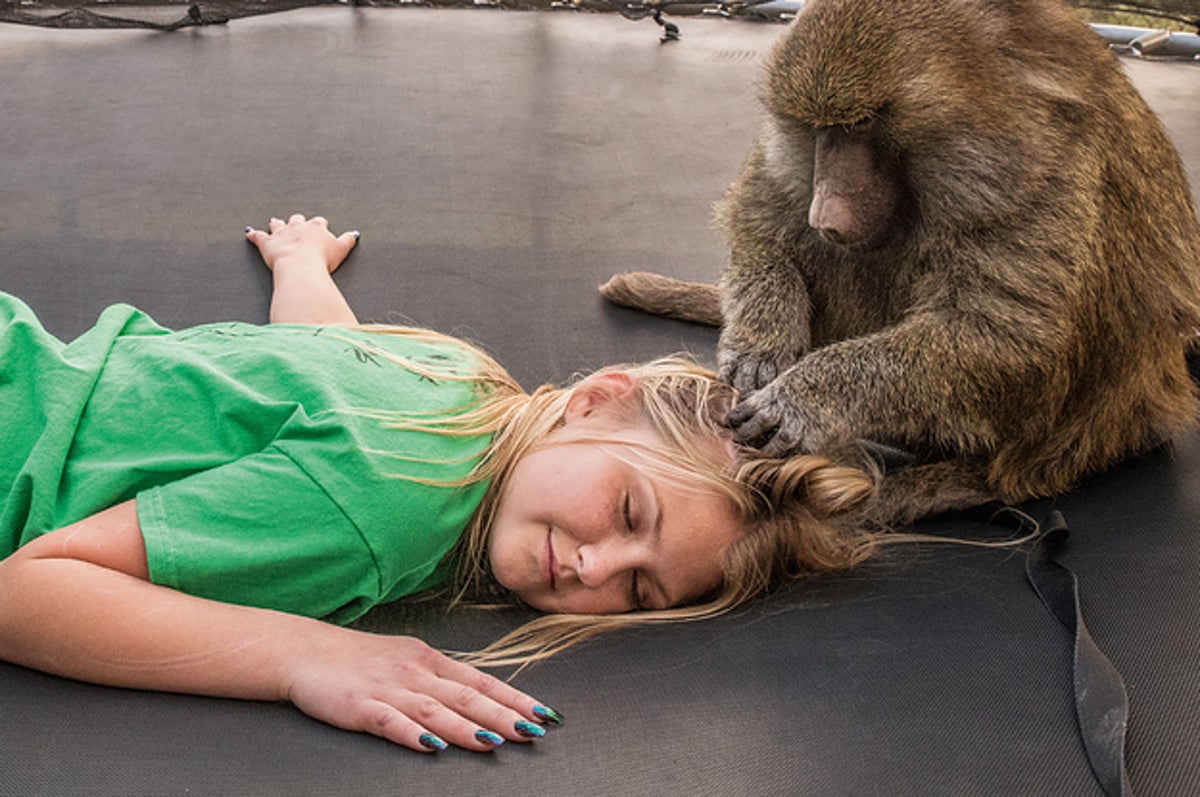 “I think the strangest situation was trying to photograph a home of 25 chihuahuas and a very large iguana at the same time.”

If there is one common theme in Sage Sohier’s work, it is witnessing the often intimate ways people experience love. The New England-based photographer has explored everything from her relationship with her former model mother to the obsessive world of amateurs in her photos. An animal lover herself, Sohier began photographing people with their pets in the 1980s and collected the work in a book, Animals, 40 years later.

His latest book, Kingdom of peace, delves into the theme by diving into the world of animal rescue organizations. There are thousands of shelters in the United States and most work with pets, such as cats and dogs. But Sohier also focuses on small organizations, often headed by individuals or families, that help different species, like skunks and hawks.

Most of the time, these rescues are run independently by dedicated people, so the animals may end up living near their human rescuers. It makes for some great photos, and Sohier’s photos highlight the humor and compassion that animals can bring into the lives of humans.

“Animals activate our best selves: they feed our desire for companionship and affection. They inspire us to nurture and protect,” writer Sy Montgomery said in the book’s introduction. Sohier’s work highlights this feeling, both within the more typical animal-owner relationship as well as with more unusual creatures.

Sohier took the time to answer a few questions by email on Kingdom of peace, including where the title came from and why relief organizations are so important.

What was the most surprising situation you encountered while making this book?

I think the strangest situation was trying to photograph a household of 25 Chihuahuas and a very large iguana at the same time. They were not related species at all! The Chihuahuas moved as one, like a turbulent ocean with many waves, and the iguana was very still and zen, lying on the back of an upholstered chair. Although they coexisted peacefully, a good snapshot of the situation proved elusive.

Can you talk about the title, Kingdom of peace?

Edward Hicks was a Quaker minister and painter in the 1800s who made over sixty â€œPeaceable Kingdomâ€ paintings of various species of animals (predators and prey) peacefully coexisting with children. These were based on a quote from the book of Isaiah: â€œThe wolf also will dwell with the lamb, and the leopard will lie down with the kid. It seemed like a perfect title for my series, which deals with different species related to each other.

How frequent are the small rescues that you have encountered and how do they work?

Rescues of moms and dads are extremely common. They start with someone with a good heart (often a woman) who takes in animals that she finds by the side of the road or in extremis in some other way. She is passionate about saving these animals, develops a reputation in her community for taking them and suddenly finds herself with a lot of animals in her home and garden.

Eventually, she finds out how to apply to become a non-profit organization so that she can raise funds to feed and house animals more appropriately. Most of these people are not particularly well off financially, so it is a real struggle for them and a triumph when they are successful.

Most of the people in the rescue world are unsung heroes – people who work quietly behind the scenes to help animals. They spend their time doing things that others would find extremely inconvenient, such as traveling hundreds of miles, without warning, to pick up animals in need. They not only devote their time and energy to their animals, but also a large portion of their savings. Sometimes they have to make difficult decisions about euthanizing unhealthy or aggressive animals, which can be very emotional. I love and respect these people, but I wouldn’t be resilient enough to do this kind of work myself.

Do you have pets?

Animals have been a very important part of my life since I was a child when we had four dogs and I helped my mother raise an orphan blue jay on our screened porch. I currently live with three rescue dogs and am an avid bird watcher.

I hope people find the book touching, fun and informative, and that it will make them want to adopt rescue animals and donate to rescues. I hope it will bring them joy and hope. We humans haven’t done well in our interactions with other species, but we’re starting to try to do better. Perhaps exposure to the efforts of some will help motivate others.

When Criminals Get Started: Ransomware-as-a-service • The Register