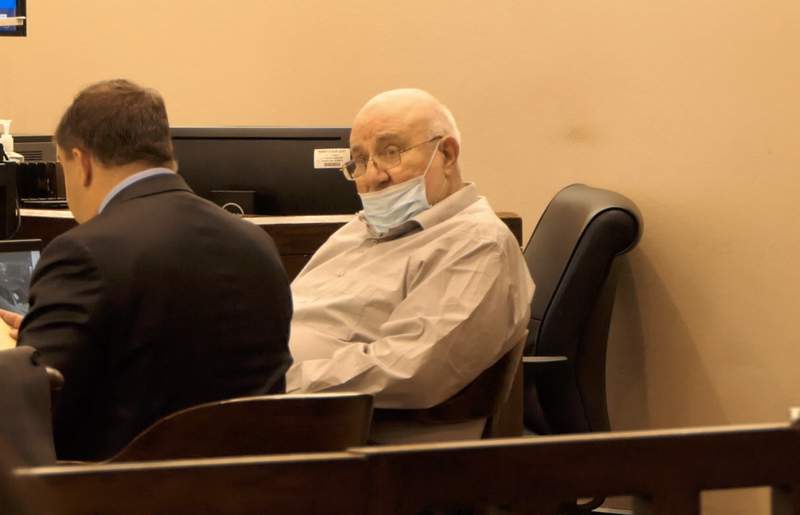 Photos of the murder weapon and the crime scene presented to the jury during the trial of Louis Benevento, accused of having killed his wife

SAN ANTONIO – The prosecution continued to present evidence and witnesses on Tuesday on the second day of the Louis Benevento murder trial.

Benevento is charged with the May 22, 2019 murder of his wife, Alicia Wills.

On Tuesday, a deputy from the Bexar County Sheriff’s Office of the department’s crime scene unit spoke.

Deputy Jason Tibbs showed the crime scene photos he took on the day of the murder as well as other evidence he collected.

The .40 caliber is said to be the weapon used by Benevento to shoot Wills. Seven cartridge cases from this gun were found around Wills’ body.

Benevento claims self-defense. His lawyer said in oral argument that Wills attacked him and first pointed his gun at him.

On Monday, the state began its business with the 911 call Wills made outside.

“I know he’s going to kill me,” Wills can be heard saying in the call. After a few minutes, she started to scream. Multiple gunshots can be heard in the audio, then the call becomes silent.

At some point in the trial, Benevento is expected to testify in his defense.

If found guilty, he faces 5 to 99 years or life imprisonment.

One of the two weapons was shown to the jury. One was outside and another, shown in the photo below, is believed to be a gun that was used to kill Alicia Wills. pic.twitter.com/YLevCahvve

Copyright 2021 by KSAT – All rights reserved.