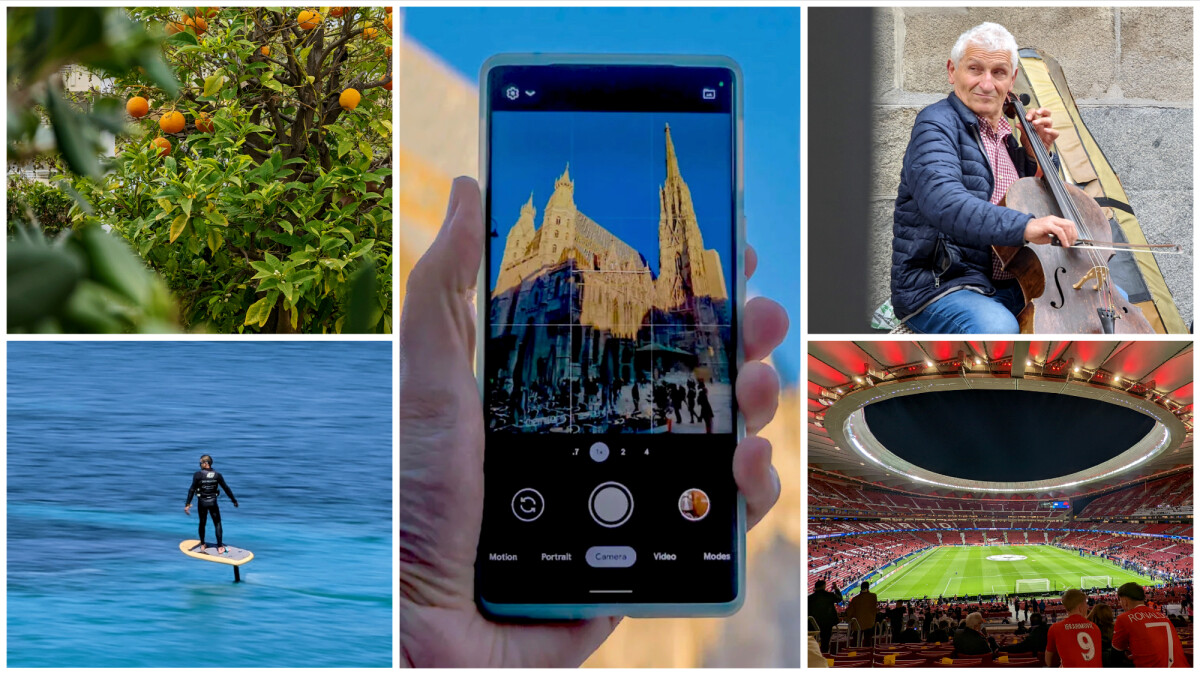 By Troy Davis Last updated Jun 6, 2022
Share
Photograph – an image, especially a positive impression, recorded by exposing a photosensitive surface to light, especially in a camera.

Photographer – a person who takes pictures, either as a hobby or as a profession.

Above are the conventional definitions of “photograph” and “photographer,” and while they seem pretty clear, sitting nicely under the story thumbnail, their definition has been fuzzy. The very first photograph was taken by Nicéphore Niépce in Saint-Loup-de-Varennes, France, sometime between 1826 and 1827, making Niépce the “OG” photographer, as children like to call it. But it’s now been nearly 200 years since humans discovered “digital paintings”, and of course the definitions of “photographer” and “photo” have been tossed around like a salad bowl with the lid on. The reason?

Smart phones. I know I’m ahead of the whole camera revolution, which involves things we can’t even imagine, plus dry plates, film, and of course modern digital cameras, but it’s smartphones who managed to put a camera in everyone’s pocket.

It’s both amazing and empowering, considering taking hundreds of photos can detach you from your surroundings, distract you from your real vacation, and more. But! Today we are here to talk about the good sides of phone cameras!

And what better example of a fantastic phone camera than the Pixel 6 Pro – the long-awaited hardware upgrade to Google’s remarkable computational photography revolution! Let’s find out if the Pixel 6 Pro made the average Joe (in this case, Martin) a “real photographer”…

Before I show you a bunch of photos I took with the Pixel 6 Pro, I have to say that the inspiration behind this story was the amount of praise and compliments the Pixel 6 Pro received from my friends and family on my last trip to Spain. But also, during my other trip to Spain… and my trip to Berlin…

So why were my friends and family so amazing? The resolution? The megapixels? The colors of the photos?

Not really! That’s because… the photos looked like they weren’t coming out of a phone. And, no, they weren’t able to put that into words, but I noticed the fascination in their eyes, especially when it came to photos taken with the Pixel’s 4x periscope camera.

Sure, that was partly down to the zoom capabilities of that camera, which punches well above its weight, but what really made them want “that phone” was the bokeh in the pictures.

For those who don’t know (including my uncle), bokeh is “the aesthetic quality of the blur produced in the blurred parts of an image”. Basically, bokeh is what sets the subject of your photo apart from the surrounding environment. Bokeh is barely present in scenes where there is no clear subject (landscapes, landscape shots), which is why your phone’s ultra-wide cameras deliver none.

The properties of the Pixel 6 Pro periscope lens are as follows:

Needless to say, all of this plays a role in helping this camera take photos that are often indistinguishable from a DSLR shot, but what really matters here is the size of the sensor and the detail it is able to collect. The Pixel 6 Pro has the largest telephoto sensor of any phone (shared with the Xiaomi Mi 11 Ultra and Huawei P50 Pro).

This helps Google’s camera gather more light and introduce more background blur (bokeh) in photos at close distances. On the other hand, the 48-megapixel pixel shots make for the most detailed Pixel zoom images we’ve ever seen come out of a single telephoto lens on a phone. And it’s not just the sharpness (which some manufacturers achieve via post-processing, which can lead to an unnatural look). I’m talking real detail…

Take a look at this photo set, where I just tapped the screen to focus on different parts of the photo. I chose the scene because of the sense of depth. No, it’s not Portrait mode, because the Pixel 6 Pro’s 4x camera doesn’t really need artificial background blur.

I don’t know if it shows, but the best and most photos I took were taken with the 4x periscope zoom camera. This lens is so good that it allows you to take more and more pictures. If you want a smartphone camera that comes closest to looking ‘proper’ photography, then this is the one.

My tips for taking “DSLR-like” photos with the Pixel 6 Pro are:

The Pixel 6 Pro’s camera system isn’t perfect at all – the ultra-wide-angle lens needs to be replaced with a newer, larger sensor, and the main camera needs additional HDR, stray light and a noise reduction setting. But the 4x periscope lens is about as close to perfect as I’ve ever seen on a phone. It’s a masterpiece.

Bottom line: Does one of the best camera phones on the planet make you a “real photographer”?

The Pixel 6 Pro’s camera system may be so good to the point that it’s annoying. I took pretty much all of the pictures on my last vacation, and there were 11 other people there who just wanted me to take pictures of them. with my phone.

At the risk of teasing the proudest Samsung fans, one of us had a Galaxy S21 Ultra, but this one… didn’t get much use.

So, yes, I became a photographer. And as far as today’s trends go, it turns out I totally fit the definition. In fact, probably better than a “real photographer”, since I am able to take, edit and share the photos with my “clients” immediately.

And yes, the Pixel 6 Pro can completely replace a “real camera” if you know how to use it. Again, especially the 4x periscope lens. For the record, it also depends on your definition of a “real camera”.

The Pixel can replace virtually any point-and-shoot camera because it offers excellent dynamic range, lifelike colors, exceptional detail, incredible versatility, one of the best video quality on any phone and some of the best microphones available. – If you like it.

Can it replace a film camera? Of course, it can’t. But I heard there was another phone for that – the iPhone with its cinematic mode, which I had the opportunity to test in detail, and I have some thoughts on that!

Until then… let’s hope for a better ultra-wide-angle lens and maybe a cinematic mode on Pixel 7 and Pixel 7 Pro. OkayGoogle?

Wildlife is the muse of a 14-year-old photographer