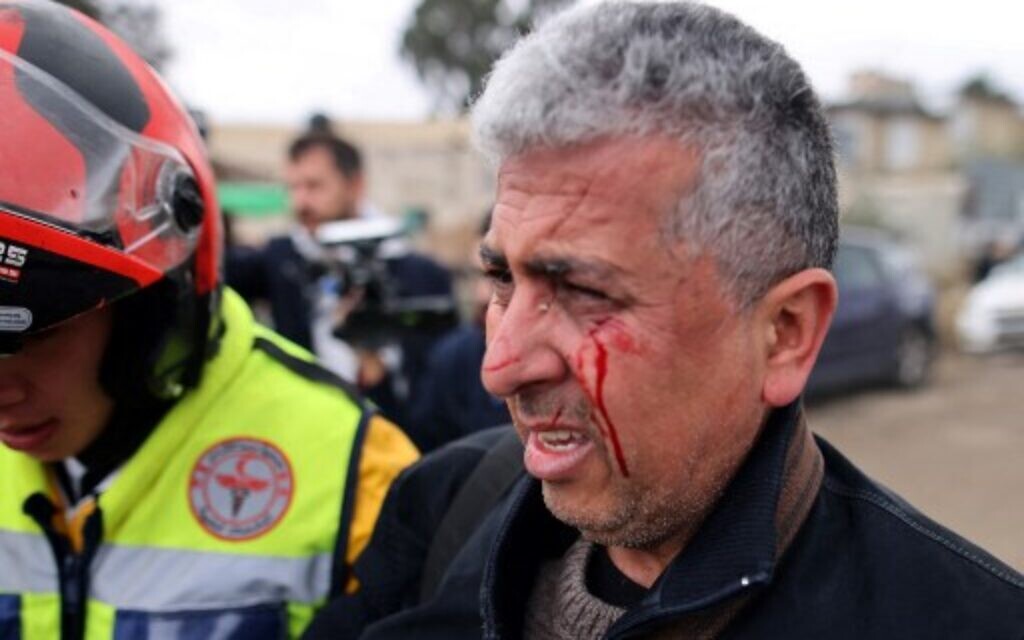 The Israel Foreign Press Association protested Friday after an Associated Press photographer was hospitalized with head injuries after being assaulted by border police soldiers while he was covering a demonstration Friday in the Sheikh Jarrah neighborhood in east Jerusalem.

Mahmoud Illean said police threw stun grenades at him, then physically assaulted him without any provocation, about 15 minutes after the protest ended, the FPA said in a statement.

Illean said he identified himself as a reporter on several occasions, but to no avail.

Video from the scene showed officers surrounding the photographer before one of them pushed him to the ground and began hitting him repeatedly.

According to the FPA, Illean sustained a head injury and was taken to hospital.

By registering, you accept the conditions

“The Foreign Press Association strongly condemns this behavior, which raises serious questions about the discipline and professionalism of officers,” the organization said, adding that “it is the latest in a series of unprovoked attacks in recent years by border police against journalists working for international media.

Israeli police did not immediately respond to The Times of Israel’s request for comment.

Formed in 1957 by a group of journalists, the FPA is a non-profit organization that aims to help foreign reporters cover news from Israel, the Palestinian Authority and Gaza. He says his mandate is “to clarify bureaucratic issues and protect our interests.”

Earlier Friday, police said dozens of people were rioting and throwing chairs at officers at the scene. A cop was slightly injured after being hit in the head with one of the chairs and was taken for medical treatment.

Police said they arrested two suspects, one for throwing in the chair that hit the officer and another for uttering threats.

Sheikh Jarrah, a neighborhood 10 minutes by train from downtown Jerusalem, has become a symbolic flashpoint in the Israeli-Palestinian conflict. In recent years, a handful of Jewish nationalists have settled in the predominantly Palestinian neighborhood, mostly in complex eviction cases.

Tensions in the neighborhood have increased in recent months due to long brewing court battles over dozens of neighborhood homes in which Palestinian families have lived for decades, but which Jewish groups claim to be legally theirs.

Many Palestinians and their supporters see this conflict as part of a larger Israeli effort to erase their presence from the disputed capital. The dispute – along with the clashes on the Temple Mount – played a role in the decision of the terrorist group Hamas to fire a rocket barrage at Jerusalem in May, sparking a brutal 11-day conflict between Israel and the Gaza Strip.

Police on Thursday announced that prosecutors were planning to indict a 14-year-old Palestinian girl who allegedly stabbed a Jewish woman in Sheikh Jarrah last week.

Police say the girl had planned the morning of the attack to carry out the stabbing and followed her target – Moriah Cohen, 26 – for several minutes before stabbing her in the back in the neighborhood, where they live. both.

Cohen – who was with her children at the time of the attack – was treated in hospital and released the same day.

The past few weeks have seen an increase in Palestinian terrorist attacks, four of which took place in Jerusalem alone.

Are you serious. We appreciate this!

We are really glad you read X Times of Israel Articles in the past month.

That’s why we come to work every day – to provide discerning readers like you with must-see coverage of Israel and the Jewish world.

So now we have a request. Unlike other media, we have not set up a paywall. But since the journalism we do is expensive, we invite readers for whom The Times of Israel has become important to help support our work by joining The Times of Israel community.

For as little as $ 6 per month, you can help support our quality journalism while benefiting from The Times of Israel WITHOUT ADVERTISING, as well as access to exclusive content available only to members of the Times of Israel community.