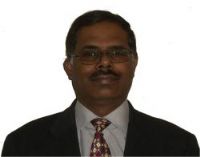 In
What is the subscription trap? (Part 1), we’ve seen several dark models used by brands and service providers (“merchants”) to prevent us from canceling subscriptions such as

In this article, we’ll explore the best practices for escaping the subscription trap.

The easiest way to escape the subscription trap is, of course, not to take out any subscriptions.

You’re not wrong if you think that sounds like the following kind of ‘throw the baby out with the bathwater’ platitudes:

Just like a business won’t survive without selling or a ship isn’t built to stay in port, we can’t close all subscriptions and become a digital hermit. In the real world, we’ll buy subscriptions.

But, because the charges on our credit card can add up quickly until we waive them, we’ll also need to escape the subscription traps.

Over time, I’ve come across the following “best practices” for escaping the subscription trap:

Sign up for subscriptions through third party websites / apps like App Store, Play Store, or PayPal. They allow you to cancel the subscription at any time without visiting the merchant’s website.

To take the example of the App Store, the cancel command is found as follows: Settings> Apple ID> Subscriptions> Cancel. (This screen will show you all current and expired subscriptions purchased through the AppStore. But it will not show subscriptions ordered directly from the provider’s website / app.)

While this has worked frictionlessly on my iPad in the past, I found a dark pattern on my last visit to the App Store. The subscriptions section is now buried under three levels: Settings> Apple ID (LHS)> iTunes and Apple Stores> Apple ID (RHS)> View Apple ID> Subscriptions> Cancel.

They’re all tough, WSJ, Bloomberg, etc. I will only subscribe if PayPal is an option now as PP will allow you to cancel recurring payment from their portal

By the way, brands are complaining that Apple and Google levy a 30% fee on purchases made through popular app stores. I tell them that if they didn’t set subscription traps on their own websites / apps, I would be happy to buy and cancel subscriptions directly with them. The 30% are theirs to lose.

First-world apps have been paying a standard commission on the AppStore and Play Store for years. If these guys want first world treatment, they should stop complaining and start paying the 30% Play Store commission.
#PayTM #Apple #Google .

Twitter user @mohaammud suggests using a virtual card to sign up for subscriptions. Since he’s now limited his tweets to his approved followers, I’m not able to tell you which brand of virtual card he referenced in his original tweet. But that’s okay since I’m not too convinced by this hack. As I pointed out in
my answer for him, “Virtual cards have been around for years (at least in India). While they work well for one-off payments, many merchants do not accept virtual cards – or even debit cards – for payments. recurring. “

@DaleJStephens suggests the use of privacy.com on
Twitter, “I changed my credit card to a privacy.com number with a $ 0 limit in order to cancel.” I think this is similar to a virtual card, but I haven’t delved into this best practice.

@rshevlin recommends canceling the registered bank card: â€œFor each magazine to which I subscribe, I open a new bank card and put the subscription on this card. At the end of the trial period, I cancel the bank card. When you cancel the registered credit card, the merchant’s payment request will be rejected. You will no longer be billed.

I applied for and got a new credit card in 3 minutes. While it took me almost 45 minutes to cancel my WSJ subscription, that too at international calling rates. Yes I would say it is worth both my time and my money to try this tactic to beat
#SubscriptionTrap set by pubs and the like.

Buy the subscription with a debit card instead of a credit card. When you want to cancel the subscription, empty the money from the linked bank account. The merchant’s payment request will be denied for insufficient funds. You will no longer be billed.

According to a former banker, NSFs against electronic money orders are not reported to the credit bureaus, so you can be assured that they will not affect your credit score. (NSFs against paper money orders with wet ink signatures are indeed reported to the credit bureaus.) But, as the same ex-banker admitted, most traders looked into this ruse. As a result, very few of them allow the purchase of debit card subscriptions.

(This hack is purely hearsay because, for the reasons listed in Credit card or debit card, I never use a debit card for shopping.)

According to the recently passed law (CCPA), merchants who sell subscriptions online to residents of California must allow subscription cancellation online. If you are signing up with an address in that US state, you should be able to see the CANCEL button on the website where you purchased the subscription.

In What is the subscription trap? (Part 1), we saw a reference to Roach Motel, the dark pattern found in virtually every subscription trap, and traced the origin of this phrase to the iconic line “you can check in anytime but you can’t check out “in the classic rock number Hotel California by rock band Eagles.

Ironically, the condition that goes with setting up subscription traps is also related to being able to escape them!

There are many best practices to escape the subscription trap. But, as we saw above, none of them are guaranteed to work 100% of the time.

Additionally, while this blog does not provide legal (or investment) advice, I would be remiss if I did not point out that using some of the above hacks to escape the subscription trap might entice traders to take legal action. See yourself as warned.

Is regulation necessary? Will this help eliminate the subscription trap ??

This will be the subject of a future blog post.