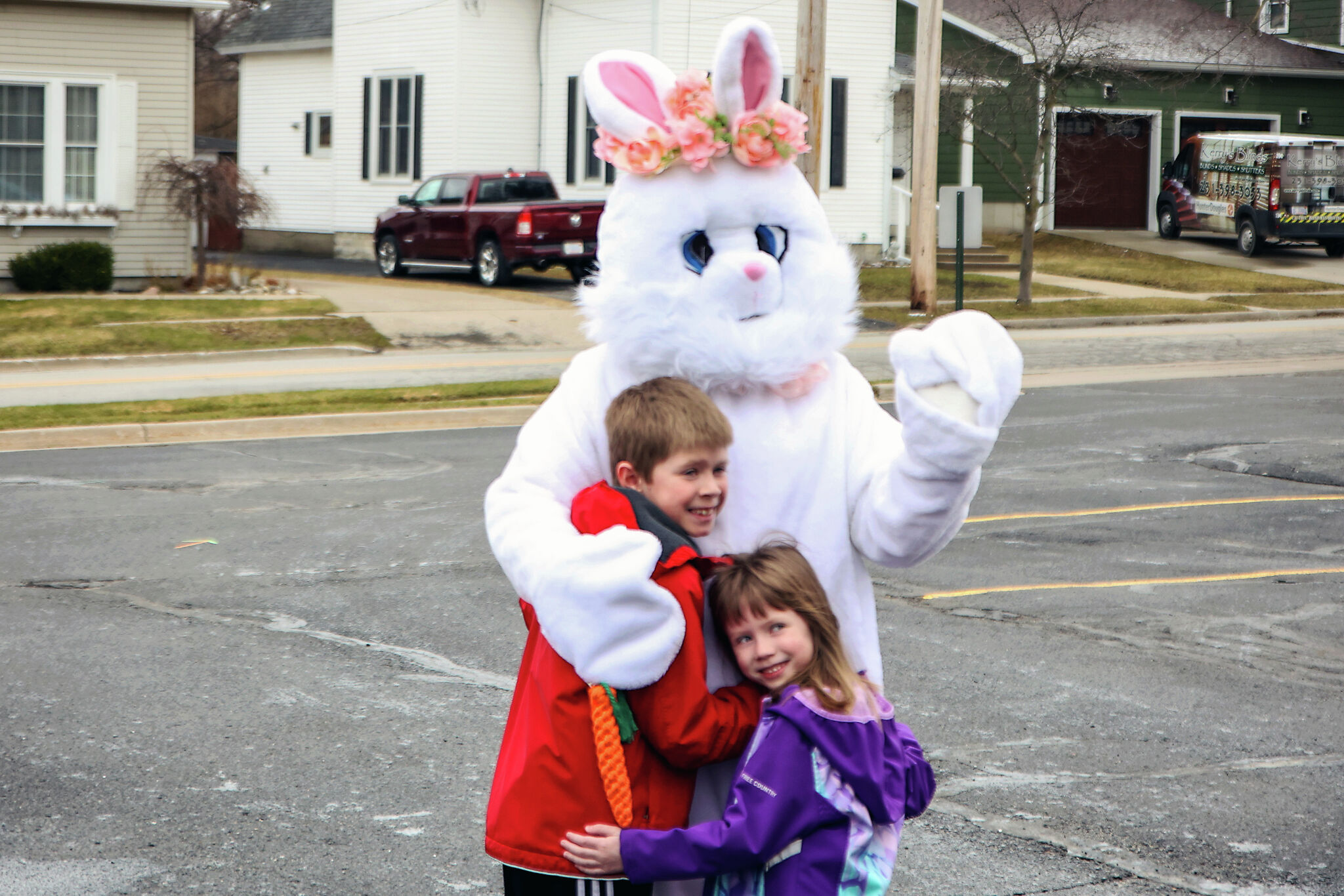 MANISTEE — Neither the cold nor the snow kept the Easter bunny away on Saturday. The Manistee County Library had scheduled a drive-thru with the Eastern Bunny – library staff handing out books and gift baskets from noon to 1:30 p.m.

By 12:45 p.m., about 150 people had shown up to collect their baskets and take pictures with the adorable Easter Hopper, according to Angela Fischer, director of youth services at the Manistee County Library. Fischer and the library’s executive director, Debra Greenacre, and the Easter Hare braved cold temperatures and a snow shower that hit around 12:45 p.m.

Last year, which was the first drive-in event with the Easter Bunny at the library – about 300 people showed up – but it was around 60 degrees, according to Fischer.