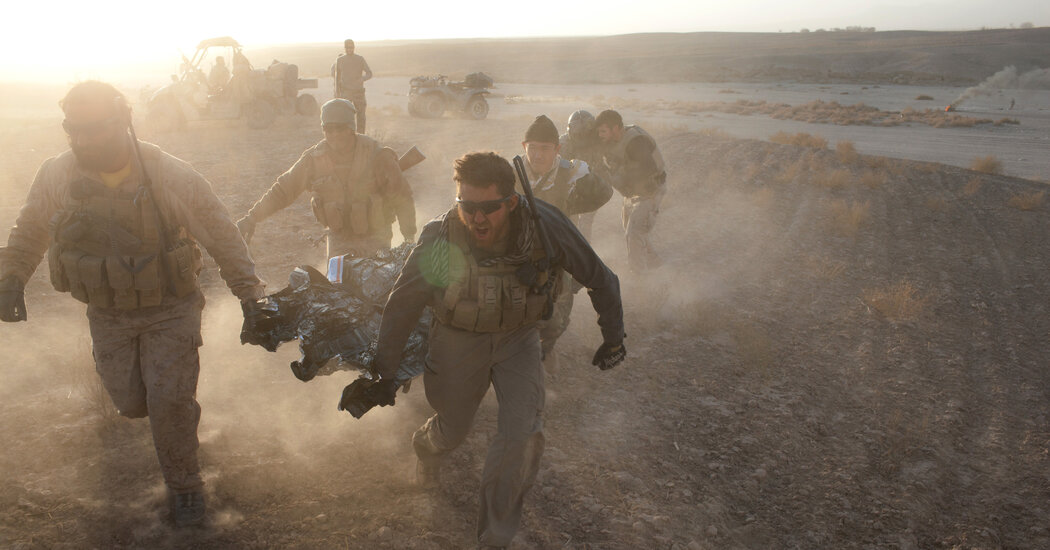 The Afghan War: A Photographer’s Diary Since 2001

One of the first things New York Times photographer Tyler Hicks witnessed after arriving in Afghanistan in late 2001, shortly after the U.S. airstrikes of October 7 opened the invasion, was the execution of a Taliban fighter injured. The scene shocked him, upsetting everything he thought he knew about the war and the Northern Afghanistan Alliance – the US-aligned fighters who had been his guides and protectors, and the Talib killers.

It was a fleeting episode in a swift series of events that unfolded as Mr. Hicks accompanied Northern Alliance fighters, who quickly drove the Taliban out of Kabul with the help of airstrikes. US and Special Operations Forces.

Mr. Hicks returned to Afghanistan more than 30 times over the next two decades, recounting almost every chapter in a war that lasted nearly 20 years. He photographed US troops in combat, the deaths of Afghan civilians in Taliban bombings, contested Afghan elections, schoolgirls attending classes and the struggles of ordinary Afghans to survive violence, hunger and conflict. which often seemed endless and intractable.

A war that began as a mission to punish Al Qaeda for the 9/11 terrorist attacks has turned into a grueling struggle against a determined Taliban insurgency as part of a nation-building effort to transform an impoverished patriarchal country plagued by decades of conflict. Mr. Hicks was brought back to Afghanistan by the intense personal relationships he established with the people he worked with and by the raw beauty of the country. He was invested in the nation and the conflict – and was determined to follow history wherever it took him.

A particularly poignant memory for Mr. Hicks was witnessing the death of a US soldier in 2009 in the Korengal Valley in eastern Afghanistan. The soldier was on patrol in front of Mr. Hicks when he was killed by a roadside bomb in a Taliban ambush. Later, after Mr. Hicks sent the soldier’s family photos, the man’s mother-in-law told Mr. Hicks how grateful she was that he survived the attack unharmed.

His most recent posting to Afghanistan in July came full circle for Mr. Hicks. He ended up near Bagram Air Base, where he had photographed the Northern Alliance’s execution of the Taliban fighter nearly 20 years earlier.

In 2001, Bagram was a destroyed former Soviet base that eventually became the largest US air base in Afghanistan.

In July, the base was abandoned again, this time by US forces, whose last flight left at night after power was cut and the base was littered with combat mission debris. Mr Hicks wandered around the base alone, taking photos and occasionally encountering an Afghan government soldier stunned by the unexpected US sortie.

Bagram’s photos were among the last Mr Hicks took before leaving Afghanistan just before the Taliban invaded Kabul in mid-August, ending the war and the costly and divisive American era.

These photographs, along with other striking images taken over two decades, are below:

Northern Alliance fighters survey a Taliban-controlled village from the frontline village of Ghorbond.

Northern Alliance fighters on a tank in Jabul Seraj.

Northern Alliance fighters pass through Kabul, the capital, after encountering little resistance upon entering the capital. Most of the Taliban had already fled south.

A Northern Alliance fighter who was shot in the chest while breathing his last in Maidan Shar, 20 miles southwest of the capital.

A Northern Alliance fighter on the mountainous front line of the Salang Pass.

After he begged for his life, they shot him in the chest.

The fighters take the body of the Talib.

Thousands of American soldiers expand the base at Bagram.

An Afghan soldier in a cave in the Tora Bora region, where Osama bin Laden’s trail is freezing.

Women wait to vote in a mosque in Kabul.

Hamid Karzai wins the elections with more than 50% of the vote.

Charlie Company was ambushed in a valley by the Taliban just before nightfall while on patrol.

Charlie Company is recovered by helicopter at the end of the two-week operation.

An Afghan National Police officer. The US government has invested billions of dollars in training and equipping Afghan security forces.

A prayer before a Thanksgiving meal for the soldiers of the 82nd Airborne.

Fight off the Lowell Outpost, an isolated American and Afghan base known as the “Castle,” near Kamu in Nuristan Province.

Medics work to save the life of an Afghan cook who was injured in an insurgent mortar attack.

An Afghan National Army soldier is trained by US Marines in an insurgent ambush near Kamu.

An American patrol in the Korengal valley, sanctuary for Taliban fighters.

A US soldier injured by a fall from a rock while on patrol in the Korengal Mountains.

Soldiers at the Korengal outpost during a memorial service for Pfc. Richard Dewater, 21, killed by a bomb while patrolling.

Afghans line up to vote in Kabul in the presidential race, a day of dispersed attacks by the Taliban.

Mr. Karzai won a second term in 2009 after contested and interminable elections that deeply soured his relations with the United States.

An injured man is rushed from outside the NATO Force and Transport Ministry headquarters in Kabul after a car bomb exploded.

The Marines of K Company, Third Battalion, Sixth Marines, are working to clear an area in Marja, Helmand province, which had been a source of ambushes.

Soldiers digging through the rubble after a bomb destroyed an outpost in Kandahar province. Six Americans were killed.

NEAR THE PAKISTAN BORDER, 2011

American soldiers in the Charbaran Valley, a high altitude arid valley in Paktika province that served as a staging area for militants crossing Pakistan.

A US Army unit of the 77th Field Artillery fires a 105-millimeter artillery barrage at a Taliban rocket position near the Pakistani border.

Soldiers were brought in by helicopter to sweep and search an area under the control of the Taliban’s Haqqani network, hoping to prevent further attacks on Kabul.

On the flight deck of the Stennis.

Afghan National Army soldiers recover a vehicle that was attacked and disabled in a Taliban ambush in Sangin district, a hostile focal point for the militant group in northern province of Helmand.

Afghan soldiers pray in a makeshift mosque at the brigade headquarters in Sangin district.

Militiamen gather in Mazar-i-Sharif in July to receive instructions to defend the city against a Taliban attack. The city, once a stronghold of the Northern Alliance, was not invaded by the Taliban until a few weeks later.

Bagram Air Base was virtually deserted in July after the Americans left the base, which once housed thousands of troops.

A passenger awaiting security clearance at a Herat checkpoint. The Taliban would soon take over the city, the third largest in Afghanistan.

Information on events, entertainment and parking