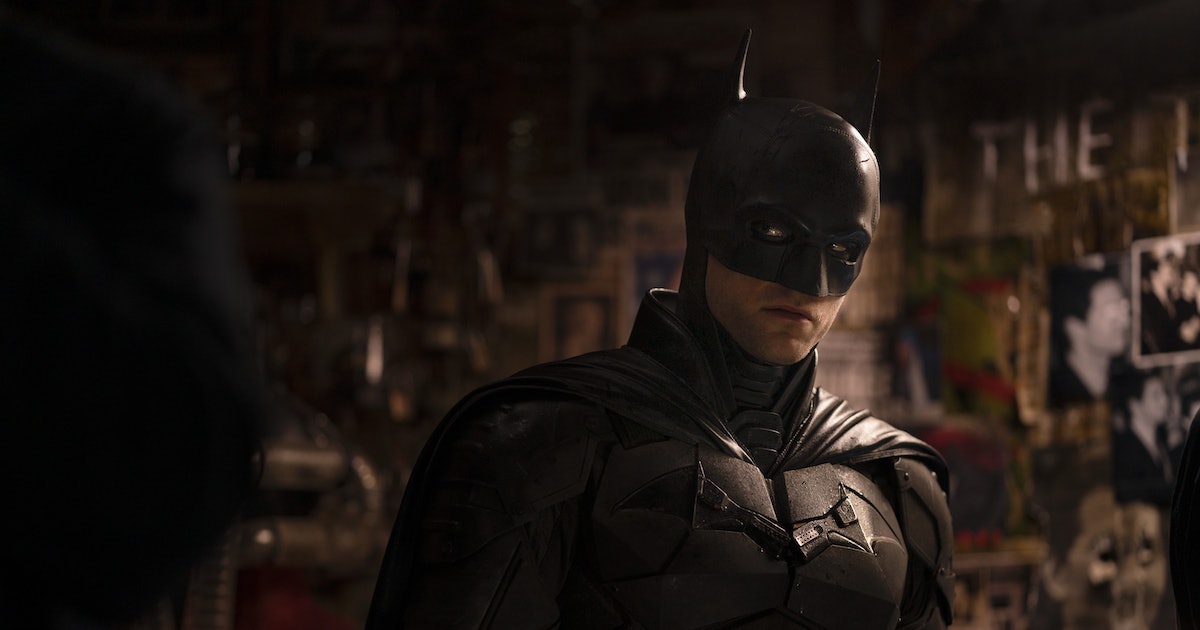 ‘The Batman’ Reveals the Biggest Thing Missing from Most Marvel Movies

A little while ago very early in Matt Reeves The Batman it’s hard to forget. Near the end of the film’s opening sequence, the audience sees a figure standing in the center of the frame, looking past the camera. The room around him is dark and silent, lit only by the dim light of his single television. After a few moments, the man moves aside, leaving the frame and revealing The Riddler (Paul Dano) for the first time.

The Gotham City serial killer stands in the exact same place as the other character in the scene but remains completely still and silent. The camera, likewise, does not move. Instead, it stays locked in one place, allowing your eyes to make out the shape and form of The Riddler in the space where his stage partner once stood. The Riddler’s silence and stare lets you know what he’s planning on doing to the other man in the room, but it’s the way the film visually reveals the villain that sends chills down your spine.

The moment is surprisingly effective in its simplicity. The shot doesn’t require complicated camera movements, flashy lighting techniques, or overt CGI effects. Instead, its power simply comes from the placement of the camera and the staging of the actors in the frame. It’s careful, patient, and precise in its execution, and the innocuous visual construction of the scene makes you all the more ill-prepared for The Riddler’s silent and chilling first appearance.

It’s the kind of moment that not only tells you exactly how well-crafted a film is The Batman is but also reveals one of the most important things that most other modern superhero films often lack: directing intent.

For years now, people have said that the superhero genre is filled with too many movies that look “bad” and “uninspiring”. However, the real problem with modern superhero movies is that, for all their strengths and charms, they feel like the same people who directed them even when they weren’t. To be clear: this isn’t a swipe at the directors of those movies, but a critique of how so many superhero movies are now made.

The problem with many Marvel movies, for example, is that they often seem to have been put together in the simplest way possible so they can be finished quickly and the studio’s Atlanta backlots can be freed up for its next ones. projects. That doesn’t necessarily mean every MCU movie looks “bad,” but many of them feel all too familiar because they rely on the same shortcuts Marvel always uses to ensure it can get three movies out. per year.

It’s a process that’s more like an assembly line than anything else, and while it can be efficient, it erases an artist’s footprint. To make matters worse, the process also forces its participants to resort to the kind of “get-it-done-how-ever-you-can” methods that most network TV shows have to adopt in order to air 22-episode seasons online. the space of a few. short months.

Now, it should be noted that there are filmmakers who have managed to make their mark in franchises like the Marvel Cinematic Universe. Chloe Zhao, Ryan Coogler, and James Gunn are all directors who have made MCU films that feel like they have their own point of view. To its credit, Warner Bros. also did much better at letting directors make their mark on their comic book movies. That said, ask any Zack Snyder fan, and it’ll be clear that even Warner Bros. is able to prioritize its properties over its filmmakers.

But few directors have enjoyed the same level of freedom and confidence when directing a superhero movie that Matt Reeves had with The Batman. After being cast in early 2017 to direct the film, Reeves was given two years to work on The Batmanbefore casting began, and filming didn’t even begin until January 2020. Given enough time, Reeves was able to bring the film’s story to a place he liked and refine his vision for The Batman.

Whether you like it or not, the resulting film feels like it was handcrafted by someone with a very distinct point of view.

the Reverse To analyse – When promoting the first season of barryBill Hader did an interview with Collider. Hader revealed that he was told that he would not finish the series on time if each episode was shot the way he wanted (i.e. with only one camera). Hader was nervous about shooting the series with multiple cameras because there’s a “difference between covering a scene and shooting a scene”, and he didn’t want to just “cover it”.

“I just wanted to shoot it in a way that if it was on mute, you could understand people’s relationships to each other through angles,” Hader said. He added that he was only convinced to do it as the show’s producers wanted after his cinematographer told him. “I can find a way to put a second camera somewhere that looks like a shot you want.”

This basically meant that another camera could always get a shot that looked “planned” as opposed to something from Hader and co. had just entered to meet the schedule.

It’s a story that seems important when talking about a film like The Batman. Whether it’s how he chooses to reveal The Riddler or how he opens the film through the perspective of its central killer, Matt Reeves fulfills The Batman with shots and cuts that seem planned and intentional.

It’s the thing that makes The Batman a rarity in an overcrowded genre. It’s not only that the film is one of the most visually pleasing comic book films ever made, but there’s also a clear intent behind every composition, cut, and lighting choice shown to us.

At a time when so many blockbusters seem to be constructed from images that seem, as Hader would say, captured rather than planned, The Batman is a breath of fresh air.

The Batman now playing in theaters.