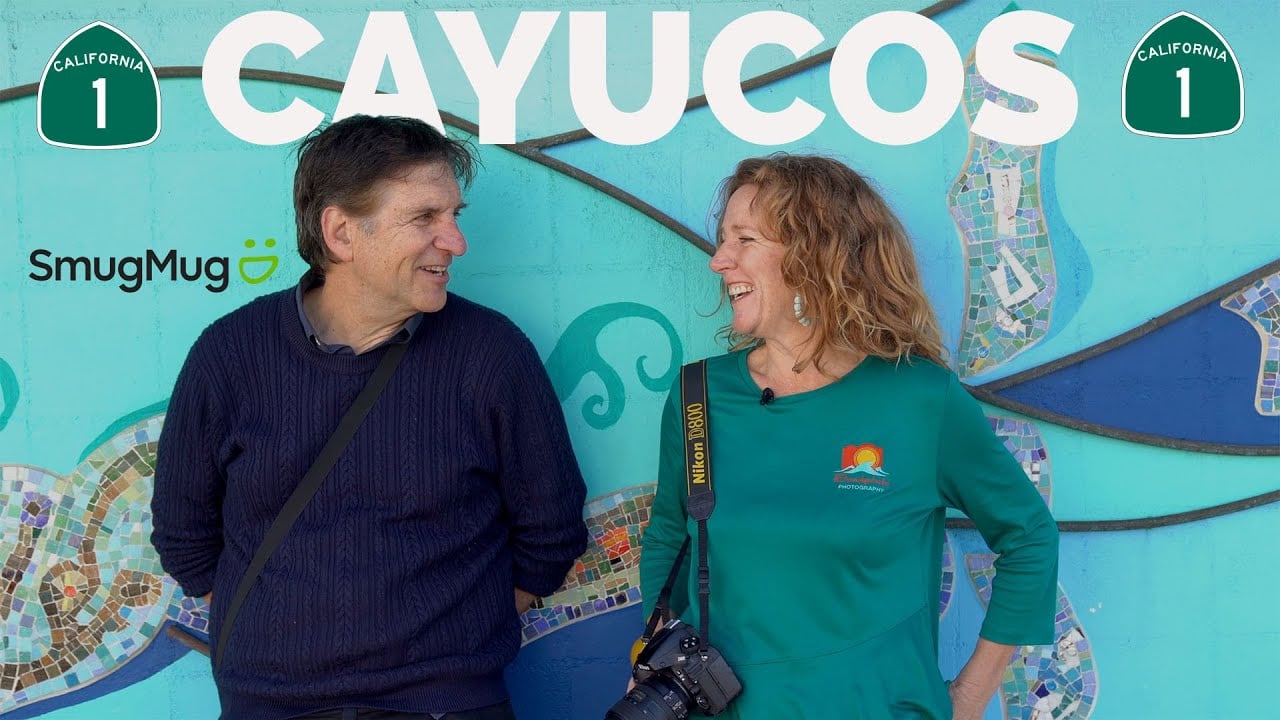 Amy Joseph, who has a small gallery in Pismo Beach, California, agreed to do a photo shoot with me of her incredibly photogenic coastal town and led the way.

No, we weren’t going to photograph the pier (everyone does) and when I offered to do the sunset from the top of the hotel next door, she said no. “All we would get is a picture of the parking lot,” she said.

Instead, we walked to the left of the pier, about a mile, and ended up in a butterfly reserve that had some really nice trees. A place she knew, but not me. From this vantage point, we would photograph the sunset this way, through the branches.

And yes, the shot was amazing.

If I hadn’t contacted her and invited her on the set, I probably wouldn’t have been connected to the location. This was just another of the many reasons why it’s beneficial to team up with others and participate in fun shoots. You see more things and the world is better with four eyes.

On that same shoot, I showed Amy some of my favorite photo tricks, like how to take a selfie using the iPhone’s 10-second timer, which gives us more time to compose the shot.

Now granted, I have a series on YouTube called PhotowalksTV, which is all about taking viewers with me to great places in search of the best photo spots. And I usually team up with other photographers at the show. So I had the motivation to call Amy.

But what I hope to show on the show is what happens when you reach out. You can see the results on the screen.

Let’s take a traditional photo walk. Recently a group of us met in the wilderness of Venice Beach in Los Angeles and we walked the Ocean Front Walk in search of some great photos. When we arrived at Muscle Beach, an outdoor facility where people (including actor/former politician Arnold Schwarzenegger) have been training for years, we took pictures of them doing their jobs. Namely, lifting weights.

That is, until Leticia does what we’re always supposed to do in street photography. She took the picture asking one of the muscular men to flex a little for us. Which he gladly did. It came to life and we all rushed to participate.

If a group of us hadn’t gotten together and someone had approached him asking for a pose, maybe he would have said yes. But as a member of a group, it was certainly easier and less threatening for him to respond positively.

I’ve seen this happen again and again on a photo walk.

So how do you participate and join the party?

Organize your own photo walk in your area. Photographers are everywhere on Instagram. Contact them via DM or follow them and invite them for a weekend morning walk.

As I’ve discovered both producing the series and hosting photowalk events everywhere, people love getting invites and having places to go in groups again. (People will always say yes more than no. Give it a try. You’ll see!)

In the series, I have to deal with initial worries of stage fright and comfort level of being in front of the camera, which most people overcome. Still, my acceptance success rate is quite high. (If you’re in California and want to join me, contact me!)

And for the organized walks, I’ve seen the joy on people’s faces to be outdoors again, and how they enjoy being with like-minded people, enjoying the beauty that is our world and sharing their vision whole.

I have so many new friends all over the world meeting them for the show and joining them for photowalk events. From Jose Manuel Santos in Porto, Portugal, Karin Carr in Savannah, Georgia and Manny Espinoza in the next installment of Carmel-by-the-sea, California, to Leticia, Debbie, Evelyn, Lenny and everyone else who m have joined on the walks live, it’s great to meet new people and see the world through their eyes.

Jefferson Graham is a Los Angeles-based photographer-writer, host of the “Photowalks” travel photography series on YouTube, and co-host of the iPhone Photo Show podcast, a former USA TODAY tech columnist and working photographer. You can find more of Jeff’s work on his website, Facebook, Instagram, YouTube and Twitter. This article was also posted here and shared with permission.