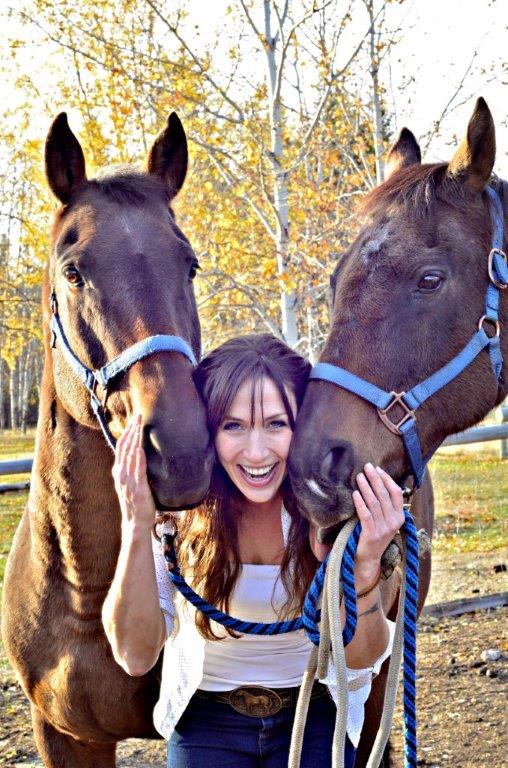 A chance meeting between a Lake City artist and a former bull rider led to the creation of this year’s Williams Lake Stampede poster.

Tiffany Jorgensen says it all started when Bruce Myers walked into her studio last April.

“There is a really interesting story behind this painting. Bruce Myers came to my studio in April and commissioned me to paint two pieces for him. One was his daughter riding a horse in a river and one of him riding a bull from a photo he had brought. He and his wife came to the studio all the time and they were so friendly and so excited about their paintings. When Bruce came to pick up the finished paintings, I asked him if I could enter the Stampede Poster Contest and he was super excited about it. says Jorgensen.

She added that if she won the competition, she would give him back the money he had paid in return.

But the story does not end there.

“November 22n/a, my friend sent me a message asking if I was going to submit something for the contest and I said, yes, then I sent her the photo. Jorgensen said: “My friend asked who it was and I told her it was a man named Bruce Myers, then she told me he had died that morning.”

Jorgensen added that she was devastated to hear this news and asked the family if they won the competition, if there was a charity Bruce would like the winnings donated to.

“His wife thought it was a wonderful idea and it would really be what he wanted,” added Jorgensen, “It’s so crazy how everything lined up in creating this poster and I’m so happy that he is honored and remembered.”

This is the second time Jorgensen has won this competition after also creating the Williams Lake Stampede poster for 2019.

Sumy Sadurni, photojournalist whose focus was East Africa, dies at 32