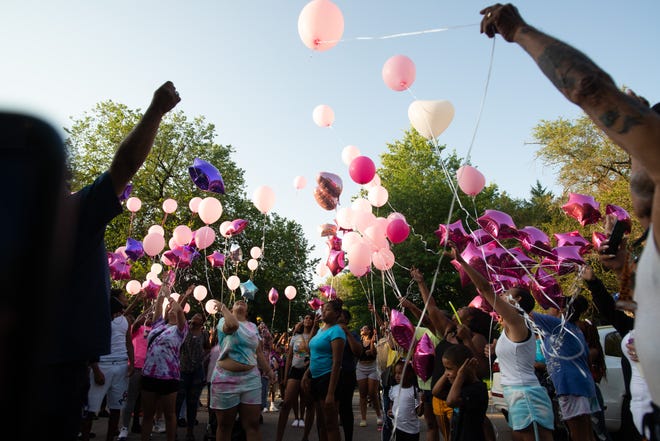 The winners were announced at the KPA annual convention in Newton.

The Capital-Journal competed in Daily Division VII, which is open to the state’s largest daily newspapers and news websites, with circulations of 5,601 or more. The works concerned were all published in 2021.

The Photographer of the Year contest won by Nelson was open to photographers from all divisions.

Nelson’s winning entry included photos he took showing a variety of current events, including Frito-Lay protests, a restaurant opening, recovering COVID-19 patients and dogs enjoying a swim, among others.

A judge wrote of Braun’s photo: “Great shot and nicely framed to show the symmetry of the crowd, banners, scoreboard and the Nevada player on either side. Great action and a really fun shot to to look at.”

Tidd ranked first in the Division VII sports stories category with an article about how Fort Scott Community College, amid a shroud of secrecy, halted its once-proud football program after poor performances on the pitch, high staff turnover and the death of a player who allegedly suffered heat stroke during training.

“Loved seeing all the years come out on paper and in great detail,” one judge wrote. “Each paragraph was detailed and made me want to read the rest of the story.”

Tidd placed second in the Division VII health stories category with his article about how a rise in COVID-19 cases prompted a key healthcare leader to issue what he compared to “a tornado warning to our community” on COVID. “We are in trouble,” the official said.

A judge wrote: ‘Alarm bells have been ringing throughout Jason Tidd’s story, stark warnings from a hospital chief about a ‘death march of the unvaccinated’, chilling data on child deaths, the impact of the pandemic on hospital staff and nursing school graduations.”

Hrenchir placed second in the Division VII feature film category with an article published just before her execution telling the story of former east-central Kansas resident Lisa Montgomery, who would die by lethal injection in January 2021 to age 52 for the 2004 strangulation murder in northwest Missouri. of future mom Bobbie Jo Stinnett.

Montgomery removed Stinnett’s baby after cutting her from her womb, then tried to pass the baby off as his own. The baby survived.

A judge described Hrenchir’s piece as “an excellent, balanced, and thorough piece of long-form journalism that made me question my position on this story (of which I was largely aware).”

Hrenchir placed third in the category of best story from a public notice, which was open to all divisions, with its article highlighting the raze or fix debate over three aging and deteriorating buildings in the center -city of Topeka.

The buildings once belonged to Nick Chiles, a prominent editor of the Black Topeka newspaper who died in 1929.