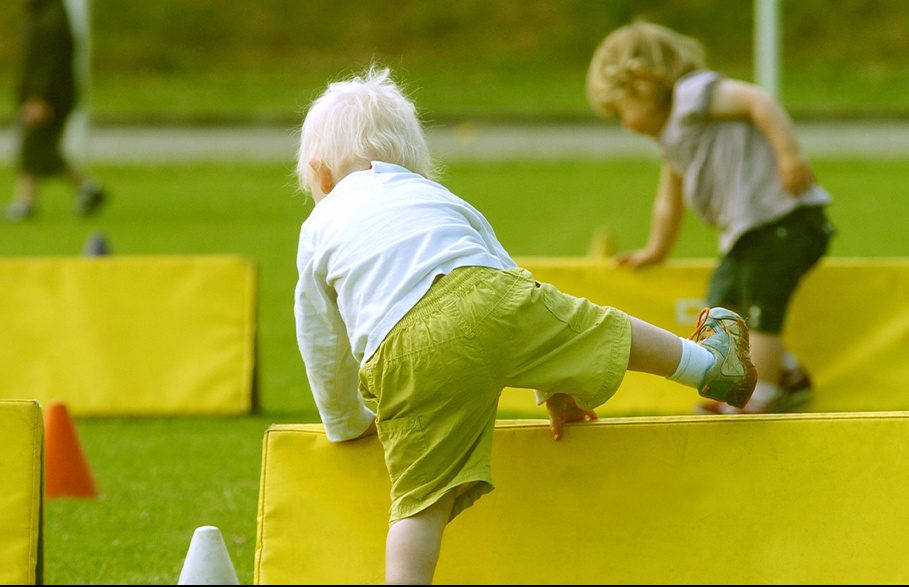 Why parents choose not to post their children’s photos online

FISHERS, Ind. – There is a growing movement among parents who say they no longer post pictures of their children online.

Kelsey Talbott is one of the thousands who have decided not to show off her daughter on social media.

â€œWe talked about it long before the kids,â€ Talbott told CBS4. “We understand the inclination perfectly, we love to see our friends’ children, but it was not something we wanted for us.”

Talbott said she and her husband agreed with the decision from the start. They were mainly concerned with security.

â€œWe don’t know the intentions of people when they look at our children,â€ she said. “We can’t assume it’s always for the best.”

Talbott’s concern is valid. The FBI admits that there are people out there looking for what parents would likely consider innocent photos.

“I don’t think it should cause you any great distress, but there are people who would take what most parents would consider an innocent photo of a child and use it for other nefarious purposes, than whether it’s to edit the photo to make it something it’s not or take an innocent photo – like taking your kids to the beach one day – and that’s exactly what this particular offender is interested in, â€he said. said Special Agent Andrew Willmann.

Willmann has worked on several major child pornography and child trafficking cases in Indianapolis. He is also the father of three children. He and his wife have strict rules when it comes to posting pictures of their children online.

â€œWe will only post some things from our kids – very limited stuff – that way our family and friends can see that we have kids and love them very much,â€ he said.

Willmann said some parents chose to post pictures of their children but cover their faces or make sure their backs were turned away. Most importantly, he said, parents should limit the information that appears in the photo.

â€œIf you want, cover the face, that’s a technique. Make sure your child is fully dressed. I know a lot of parents think that bathtub or beach photos – while adorable – are probably not appropriate for being online or accessible to other people, â€he explained.

The FBI also advised the Hoosier families not to post photos with too much detail about their lives. For example, parents should not post a photo showing where their child goes to school.

Jessica Vanderweir is a registered psychotherapist and a mother herself. She too has stopped posting pictures of her children. Online, she encourages others to follow suit.

â€œI’ve always posted my kids, so it’s actually a change for me over the last six months or so,â€ she told CBS4.

Vanderweir runs â€œOur Mama Villageâ€ online. She has around 473,000 followers on Instagram.

â€œI’ve really taken my own deep personal dive, especially as a public figure, and I can see the same for yourselfâ€¦ thinking about how I want to protect my children. Some things I have thought about are the safety of my children, first of all, â€she said.

â€œWhen I post, say, about a birthday party or something. Could a stranger at the park who has potentially stumbled upon my page or personal belongings come over to my child and learn a whole bunch of random facts about them? What kind of a position does it put my kids in when we try to teach them strangers versus people they actually know and trust? “

Vanderweir also pointed out that she doesn’t want to be the person who creates her children’s digital footprints.

“What do I share about her that one day, when she is 15, 16 or an adult, will she still be that child who is still on the Internet and what kind of photos do I post?” What kind of legacy does this leave him? she asked. â€œIf we see our child as a whole person, he is a whole person, his own individual, then we have to respect that. These are their photos. It is not necessarily up to us how we share their photos and how we use them and the stories we tell about them.

â€œBeing aware, as you said, of swimsuit hits and showing your kids too much, showing them in vulnerable times, when they have a fitâ€¦ when they think about it, are they going to be upset that this be shared? “she remarked.” Because they have no choice at the moment. “

Moms and Special Agent Willmann agree, parents need to give each other a little pardon if they start to regret what they’ve already posted online.

â€œI would probably say that in the last ten to fifteen years, parents of this generation or period are the first to have full access to social media 100% of the time their child is alive, and that is something that we have to manage. because, like I said before, we now sort of control their online profile, their online presence right down to their adults and they can take control of it on their own, â€explained Willmann.

“We want to make sure we don’t leave them out because of something we thought was good at the time.”

Lawyer: North Dakota photo firm that shut down in collaboration with clients